Abhishek Sharma and Aiden Markram stitched a partnership of 96 runs off 61 balls for the third-wicket and helped SRH post a fighting total. Mohammed Shami (3/39), Yash Dayal (1/24), Alzarri Joseph (1/35) were the wicket-takers for Gujarat. 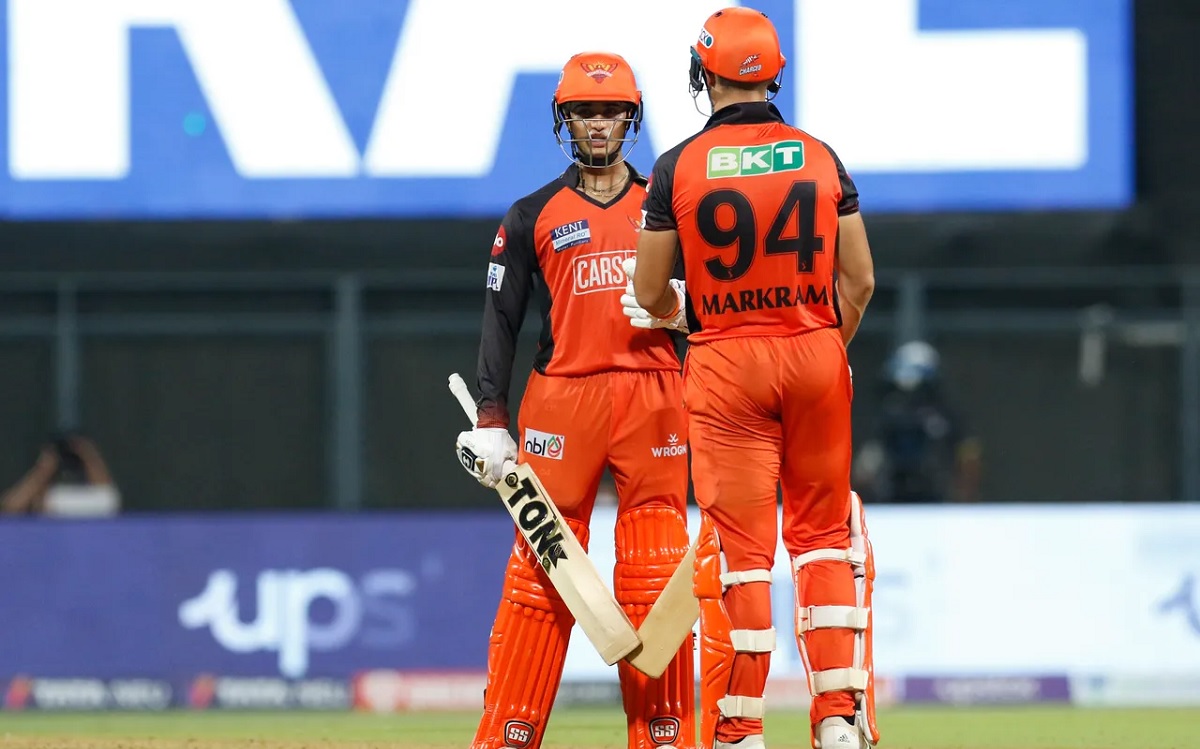 Fine fifties by Abhishek Sharma (65 off 42), Aiden Markram (56 off 40) and a late blitz by Shashank Singh (25 not out off 6) helped Sunrisers Hyderabad post 195/6 against Gujarat Titans in an IPL 2022 match at the Wankhede Stadium, here on Wednesday.

After winning the toss and opting to bat first, Mohammed Shami drifted down the leg side to SRH opener Abhishek Sharma twice in the opening over of the innings to concede 11 runs. Left arm pacer Yash Dayal, who came to bowl next over, was struck for two fours by Abhishek as Hyderabad raced to 22/0 after the end of 2 overs.


WATCH: Shashank Singh Sets The Stage Ablaze, Smacks 25* Off 6 In His First Outing

However, Shami made a brilliant comeback by dismissing SRH skipper Kane Williamson (5) on an incoming delivery. Rahul Tripathi (16 off 10), who came to bat next, was dropped by Rashid Khan when he was on 0.

The right-handed batter took advantage of that reprieve and smashed Shami for a six and two fours off successive deliveries before the veteran pacer trapped him in front of the stumps to leave SRH at 44-2 after 5 overs.

From there on, Abhishek and Aiden Markram stitched a partnership of 96 runs off 61 balls for the third-wicket and helped SRH post a fighting total.