Kolkata, Aug 29: Top-order batsman Abhimanyu Easwaran was on Thursday named captain of the Bengal team and he will now lead the side in all the three formats in the upcoming season. 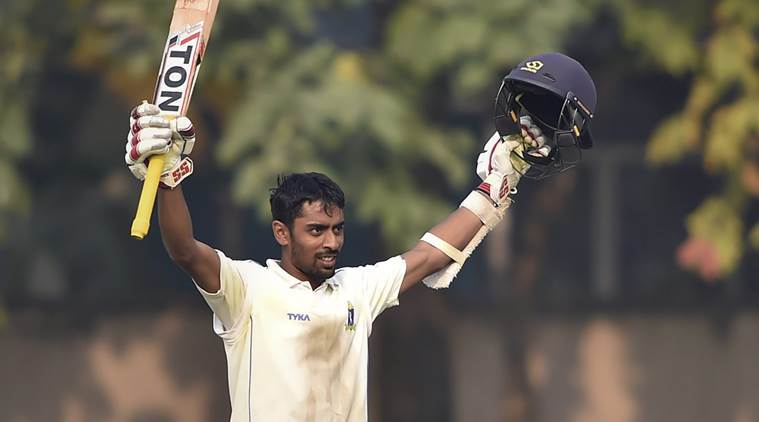 Easwaran replaced Manoj Tiwary as the skipper. Tiwary had taken over the reins from Laxmi Ratan Shukla in 2015-16 season and led the side to Ranji Trophy semifinals in the 2017-18 season.


Ashes: Archer hits back at Smith as mind games continue

Sudip Chatterjee will continue to be the vice-captain of the side, a statement from Cricket Association of Bengal (CAB) said.

"The selectors initially had thought of a split captaincy where they looked at the option of having Abhimanyu Easwaran lead the team in four-day format, while Manoj Tiwary will continue in 50-over and T20s," joint secretary Avishek Dalmiya said.

"We had discussed this with Manoj (Tiwary) and he feels that it is important for him to concentrate as a player right now. Manoj, whose contribution to Bengal cricket, both as skipper and player, remains invaluable, has assured to guide Easwaran in his job as one of the senior colleagues of the team," he added.

Easwaran is a India A regular. The 23-year-old's next assignment will begin with Bengal's pre-season tournament in Jaipur from September 3, the 21-member squad for which was announced on Thursday.

Bengal will kickstart their domestic season by taking on Gujarat in the Vijay Hazare Trophy one-day tournament on September 24. They will particiate in the Syed Mushtaq Ali Trophy T20 meet in November.

In the Ranji Trophy, Bengal have been clubbed with Andhra Pradesh, Gujarat, Vidarbha, Hyderabad, Delhi, Rajasthan and Punjab in a tough Elite Group A as they face Kerala in their opening fixture from December 17.