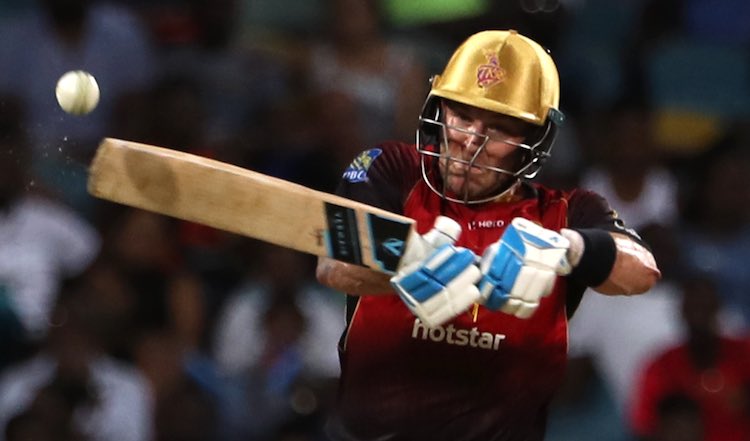 
Important ranking points up for grabs in Ireland-Afghanistan ODI series

The defending champions had to work hard to chase down a victory target of just 129, but got there thanks to Brendon McCullum’s swashbuckling, counter-punching 66 from 42 in a decisive 66-run partnership for the fifth wicket with Denesh Ramdin. The Knight Riders join Jamaica Tallawahs on eight points, but have a game in hand on the Tallawahs and a healthy net run-rate advantage.

The Tridents were immediately placed on the back foot when losing three wickets in the second over of the night after opting to bat first and never truly recovered as they scrambled to 128/8 from their 20 overs.

Khary Pierre bowled Dwayne Smith with his first ball before Shamar Springer was run out looking for a single to get off the mark. Best of the lot, though, came two balls later. A gorgeous, dipping delivery drew Australia star Steve Smith out of his crease before spinning sharply past his outside edge for Ramdin to complete the stumping.

Shai Hope and Nicholas Pooran shared an enterprising 70-run partnership for the fourth wicket, but after Pooran was bowled for an eye-catching 34 from 21 balls by Dwayne Bravo the life was sucked out of the innings.