Team India bundle out Sri Lanka for 205 in second Test 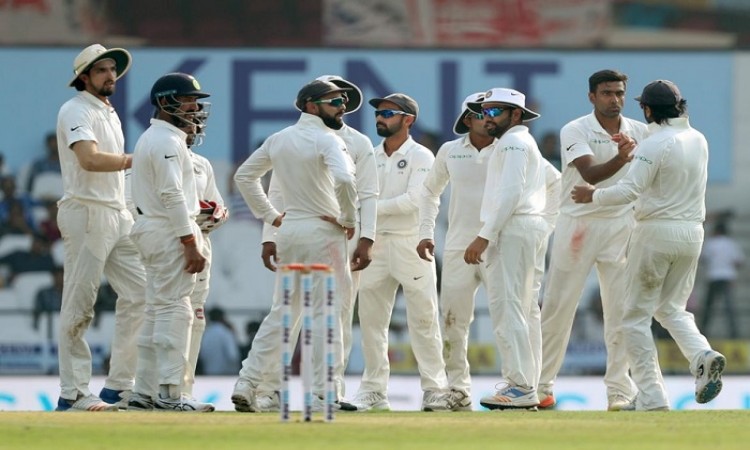 Nagpur, Nov 24 (Cricketnmore):  Indian spinners Ravichandran Ashwin and Ravindra Jadeja wreaked havoc, sharing seven wickets on the opening day of the second Test to bowl out Sri Lanka for 205 in their first innings at the Vidarbha Cricket Association (VCA) Stadium here on Friday.

Ashwin, who went wicketless in the first two sessions, broke the backbone of the Sri Lankan innings by removing skipper Dinesh Chandimal, who top-scored with a patient 122-ball 57 before adding three more wickets to return with figures of 4/67.

Resuming the final session at 151/4, the tourists found the going tough and lost wickets at regular intervals with their last six wickets falling for just 54 runs.

The series is currently squared at 0-0 after the drawn opening Test at the Eden Gardens in Kolkata.