Sri Lanka hold on for draw vs India in 3rd test

Chasing an improbable 410, a defiant Sri Lanka rode on Dhananjaya de Silva's third Test century and debutant Roshen Silva's unbeaten half century to score 299/5, before both the captains decided to shake hands with seven overs to go before the mandatory close of play. 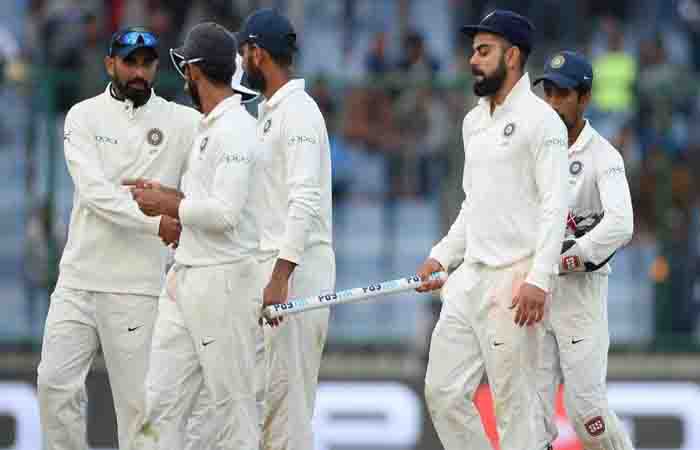 Roshen remained unbeaten on 74 while stumper Niroshan Dickwella was on 44 when the match ended.

With this, India clinched the three-Test rubber against the islanders 1-0 and also equalled Australia's record of nine consecutive Test series wins from 2005-2008.