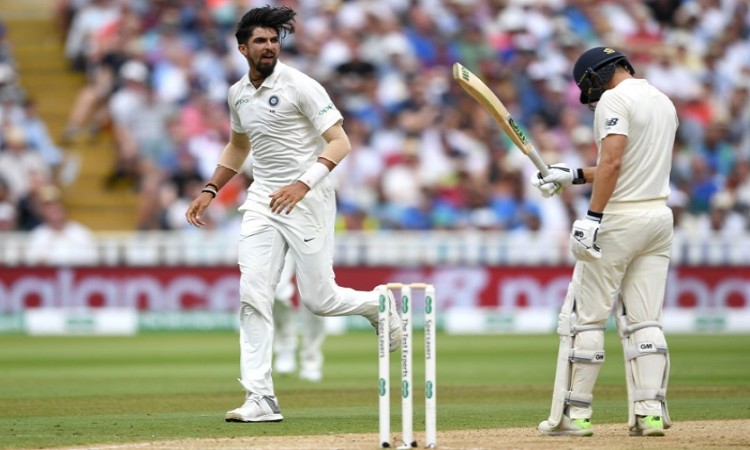 Birmingham, Aug 4 (CNMSPORTS) - India skipper Virat Kohli said the batsmen, who gave a poor account of themselves in both innings, need to apply themselves better after losing to England by 31 runs in the first Test here on Saturday.

Chasing 194 for victory in the second innings, India were skittled out for 162 with only Kohli managing 51. For England, medium pacer Ben Stokes was lethal, taking the important wickets of Kohli and Hardik Pandya (31) on the day.

In the first innings, replying to England's 287, India once again had Kohli to thank for his masterly 149 as they posted 274.

While none the other batsmen could manage more than 26 in the first essay, Pandya scored 31 which was the second higest in the second dig for the visitors.

"Our shot selection could have been better. We definitely need to apply ourselves better with the bat, but England came back superbly and we need to take the positives and move forward," Kohli said at the post-match presentation ceremony.

"We can be proud as a team to start against England in England the way we have. There is a lot to learn from the lower order in the first innings, Ishant (Sharma) and Umesh (Yadav) got stuck in the middle.

"Ishant showed character here, Umesh hung around with Hardik again. There is no hiding from this game; we need to be positive, relentless and whatever the feelings are would come out now in no time," Kohli said.

Kohli stitched together a 35-run stand with Ishant for the ninth wicket to follow it up with a 57-run partnership with Umesh for the last wicket. In the second innings, Ishant and Umesh again tried their best to give company to Pandya who was dismissed in the end.

"First of all, it was a great game of cricket for all those watching at home and here in the stadium. Glad to be a part of such an exciting Test match; there were a couple of moments when we came back," Kohli said appreciating the fascinating see-saw battle the first rubber was from the outset.

"A team like England doesn't let you do it everyday, they were relentless and they made us work very hard for our runs. It sets up the series nicely and gives us what we need to do going forward."

Asked about his magical 149 in the first innings where he single-handedly dragged India out of a hole, Kohli said it would have tasted sweeter had the side ended up on the winning side.

"From the team's point of view, my innings in the first innings is right up there, perhaps second after the knock in Adelaide; it is something I will fondly remember," he said.

"Had we won it would have been the best. It always feels good when you can pull your side close to the first innings totals the oppositions have.

"One more partnership and we could have pulled this home. We need to think how to regroup and get back for the next match. Test cricket is my favourite format, there is nothing better than testing yourselves over five days against top quality oppositions and people watching it too should love watching it."