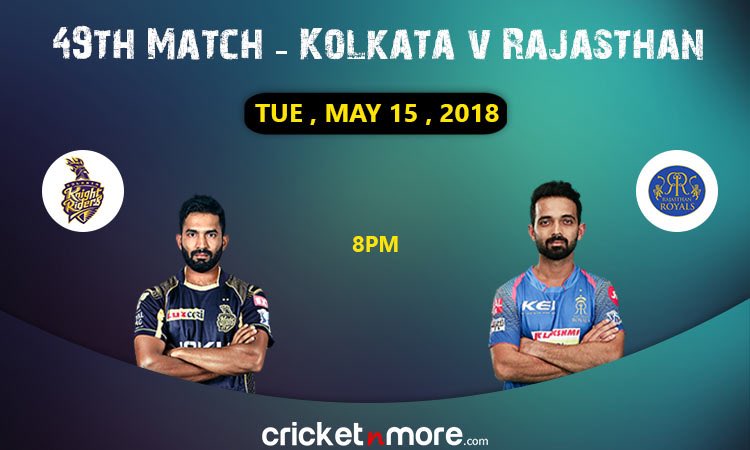 Kolkata, May 14 (CRICKETNMORE) - Kolkata Knight Riders (KKR) and Rajasthan Royals (RR) will look to outshine one another in their bid to secure a playoff spot when the two sides clash in the Indian Premier League (IPL) at the Eden Gardens here on Tuesday.

Both Kolkata and Rajasthan are on 12 points from the same number of outings and have two more matches to play before the knockouts stages commence. While KKR are placed fourth owing to slightly better net run rate (-0.189), Rajasthan are fifth (NRR -0.347).

A victory for either side on the morrow may not rubber-stamp their passage to the playoffs but would surely help in the cause going to the final round of fixtures.KKR take on already-qualified Sunrisers Hyderabad away on May 19 while Rajasthan host Virat Kohli's Royal Challengers Bangalore on the same day.

The two teams will face each other in the forty-ninth game of IPL 2018 to be held on Tuesday at 8 PM (IST).

Who will win - Poll Results