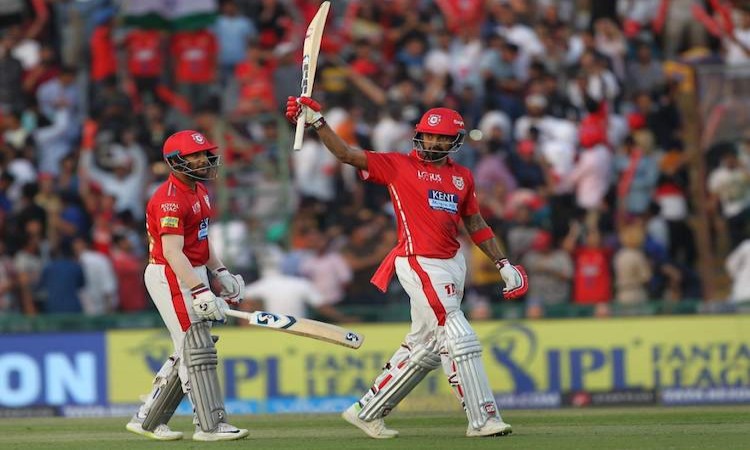 April 8 (CRICKETNMORE) - KL Rahul and Karun Nair star in Kings XI Punjab 6 wickets victory over Delhi Daredevils in second match of IPL 2018 on Sunday. Put into bat first, Delhi post 166/7. The home side chased the target comfortably in 19th over.

Delhi Daredevils post 166/7 in 20 overs against Kings XI Punjab. For Delhi, skipper Gautam Gambhir scored a brilliant fifty. He equals the record of most fifties in IPL which is 36 by David Warner.​ ​Mujeeb-ur-Rehman and Mohit Sharma took 2 wickets each for Punjab.

KL Rahul (51) laid the foundation for Punjab in the begining. He smashed 50 in 14 balls and breaks the record of fastest fifty in IPL,jointly hold by Yusuf Pathan and Sunil Narine. Both of them scored in 15 balls.

Karun Nair in the middle played a very sensible knock of 50 and guided his team to victory.