Karthik stated that India is aware of Bangladesh's prowess in T20Is

Colombo, March 17 (CRICKETNMORE) - On the eve of the Nidahas Trophy T20 tri-series final against Bangladesh here, veteran India wicketkeeper-batsman Dinesh Karthik on Saturday refused to take the opponents lightly despite the men-in-blue starting as clear favourites. 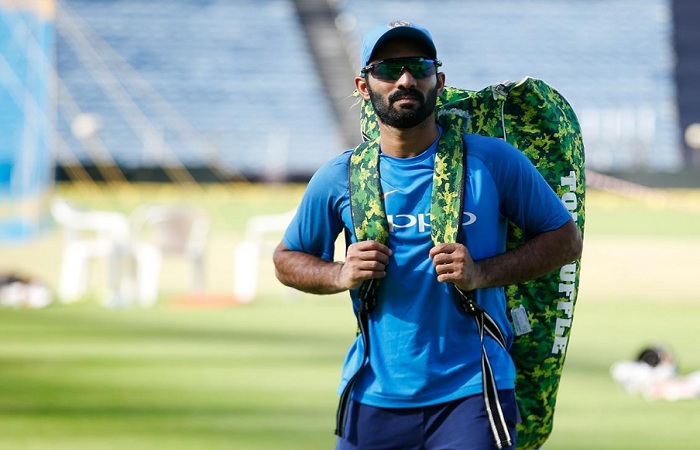 "As a team they (Bangladesh) are known for that (fighting spirit). They really try hard. They are a team which achieved Test status not many years ago and they propelled forward in all formats of the game," Karthik told reporters at the R. Premadasa Stadium here.

"They have done well for themselves, especially in sub-continent conditions. They are a very good team. I think we are trying to focus on our processes and routines, that has given us good results till now," he added.

In the absence of regular stumper Mahendra Singh Dhoni, who was rested along with skipper Virat Kohli for the ongoing tournament, Karthik also acknowledged that time is running out for him to cement his place in the side.

"There is pressure but at where I am sitting, I need to be able to handle that pressure. I need to embrace it rather than run away from it or use it as an excuse. It doesn't matter whether I play this tournament, IPL or the England series, for me every match is important," he added.

With Kohli and the team management starting to form the core group for the ICC World Cup in 2019, Karthik said he is not looking that far and instead focussing on giving his best in every game.

"Opportunities are few and far in between. The competition in the Indian team is so strong that every time you get an opportunity you need to try and give your best. More importantly, I have to perform," he said.