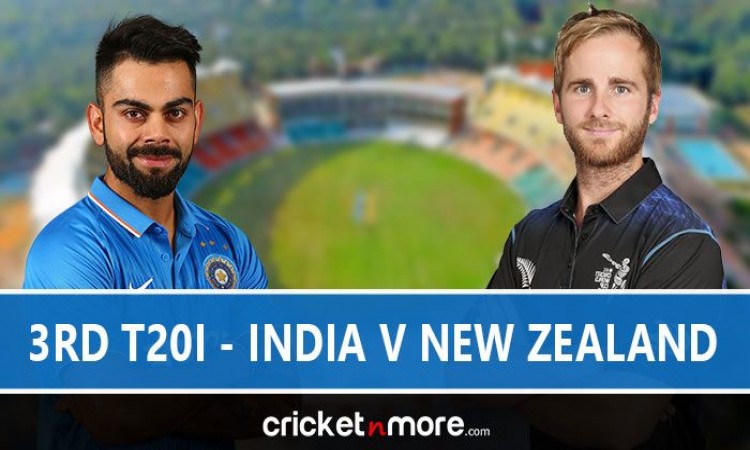 Thiruvananthapuram, Nov 6 - With series levelled at 1-1, India and New Zealand will aim to outplay each other in the third and final Twenty20 International match to seal the series at the Greenfield International Stadium here on Tuesday.

But the spectators might not witness full 20-overs each side because the series decider here is under rain threat.

The meteorological office here has also predicted that the weather will be generally cloudy with a few spells of rain or thundershowers starting from Sunday till Wednesday.

Apart from this, it will be a thrilling contest between the two team which are evenly matches on the paper as well as on the field. To clinch the series, India have to display a better show in both batting and bowling department while New Zealand would like to continue with the same momentum.

India, comprehensive beat the visitors in the first match at the Feroz Shah Kotla Stadium in Delhi. In the second match, New Zealand bounced back in style and defeated India by 40 runs.