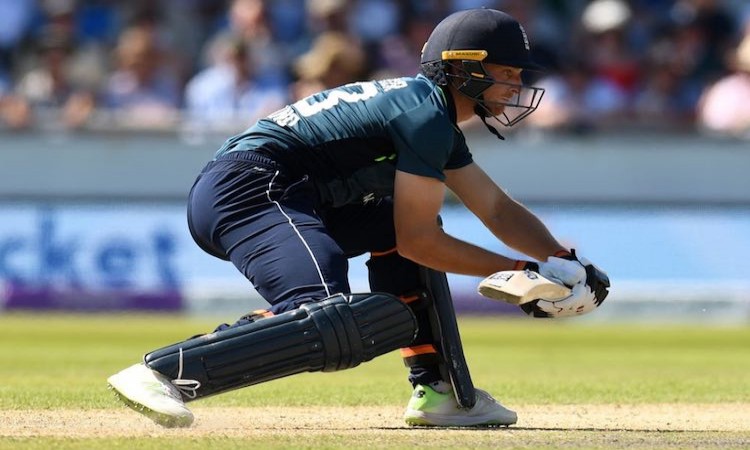 June 25 (CRICKETNMORE) - Jos Buttler's scintillating unbeaten century helped England whitewash Australia 5-0 as the hosts pipped the visitors by one wicket in the final match of the series at the Old Trafford Cricket Ground here on Sunday.

England made a heavy weather of a paltry 206-run target but it was Buttler's heroics which snatched victory from the jaws of defeat.

The England wicket-keeper remained unbeaten on 110 runs off 122 deliveries.

Buttler arrived at the crease when the hosts were reeling at 27/4 after 7.4 overs as some disciplined Australian bowling shattered the English top-order.

However, Buttler slowly and steadily built his innings and was also involved in a 81-run partnership with tailender Adil Rashid (20 off 47) for the ninth wicket.