BREAKING: De Kock ruled out from India series due to wrist injury 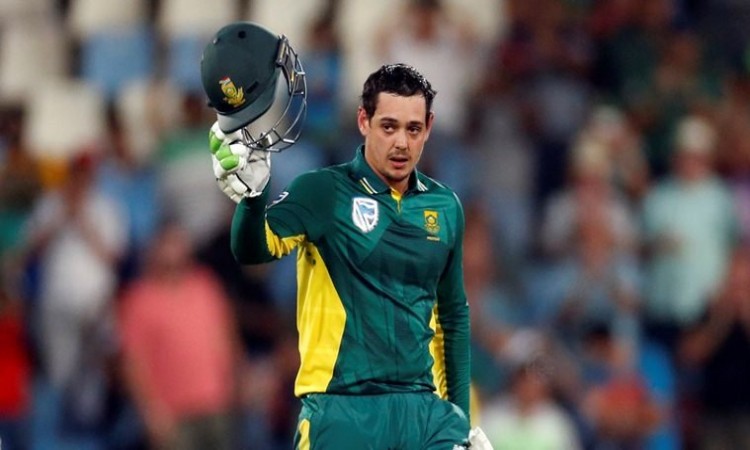 Feb.5 (CRICKETNMORE) - After Faf Du Plesis and AB DeVilliers, Proteas wicket-keeper batsman, Quinton de Kock, has also been ruled out of the remainder of the One-Day International (ODI) series and upcoming T20 International series against India due to a left wrist injury.

De Kock sustained the injury during the second ODI against India at SuperSport Park on Sunday, and will require 2-4 weeks to make a recovery.

Proteas team manager, Dr Mohammed Moosajee explained the injury: “Quinton suffered an extreme blow to the left wrist while batting in the second ODI on Sunday and felt severe pain and discomfort. Further investigation revealed severe bony bruising to the area, with associated swelling around the tendon in the wrist.

"This type of injury will require between 2-4 weeks to heal, which subsequently rules him out of the remainder of the ODI and T20 series against India. The Cricket South Africa medical team will aim to have him ready for the Test series against Australia starting next month.”

The selectors will not name a replacement for De Kock in the squad.