New Delhi, Feb 3 (CRICKETNMORE) - The BCCI top brass on Saturday congratulated the Rahul Dravid-coached victorious India Under 19 side for lifting the World Cup for the fourth time, after defeating Australia at Tauranga in New Zealand on Saturday.

The Prithvi Shaw-led side, which started the tournament as favourites, maintained their unbeaten run throughout before thrashing three-time champions Australia by eight wickets in the summit clash. 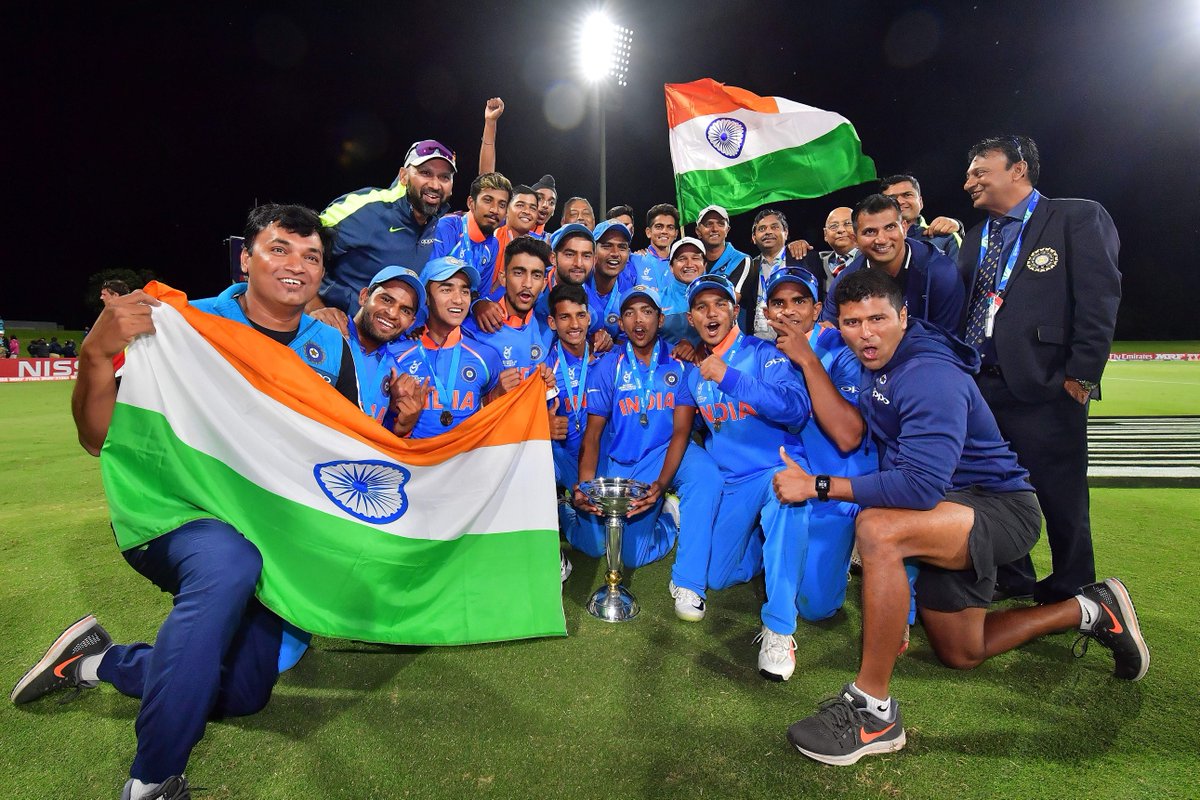 Heaping praises on the young guns, acting board president C.K. Khanna said: "The nation is celebrating today thanks to the India U19 team. The boys have been terrific and did not let their guard down."

"The winning margins in all the matches show their dominance. It speaks about the rich quality we have not only at the senior level, but also at the junior level.