South Africa women on Wednesday sealed a 4-1 series victory against India by winning the fifth ODI by five wickets here. Mignon du Preez scored 57, her second consecutive half-century, and Anneke Bosch scored 58 as the visitors chased down a target of 189 for the loss of five wickets with 10 balls to spare. 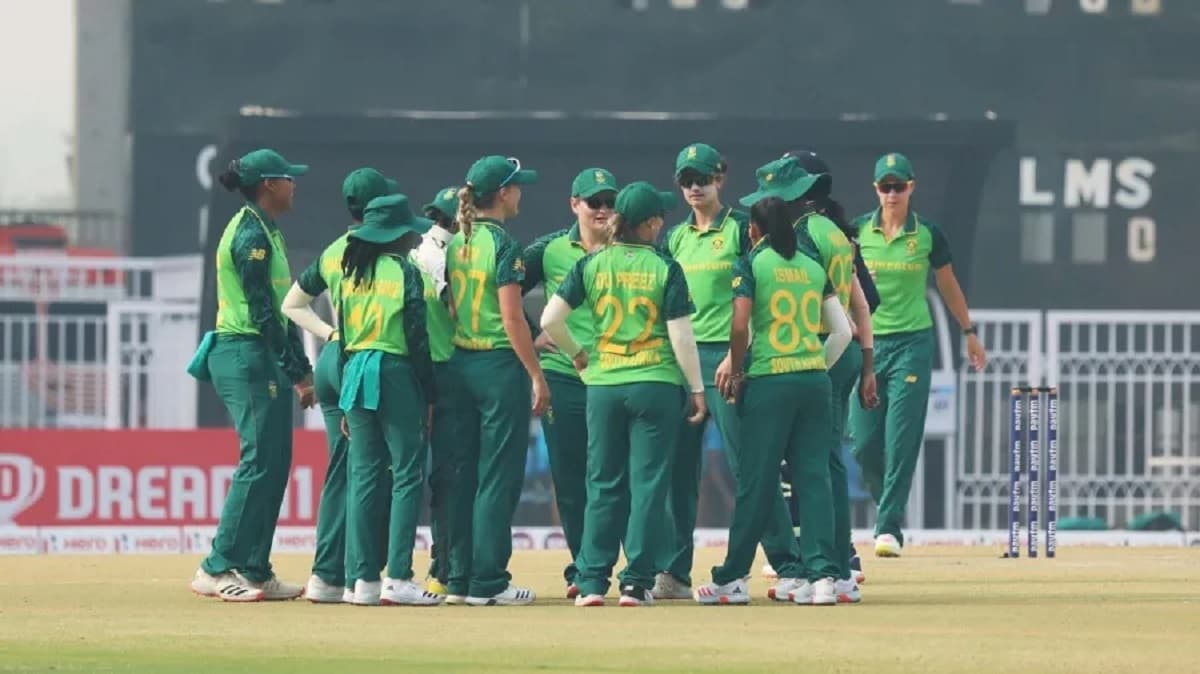 Spinners Rajeshwari Gayakwad and Dayalan Hemalatha gave India hope at the start of the South African chase by picking three wickets in the first 10 overs for just 27 runs at the Bharat Ratna Shri Atal Bihari Vajpayee Ekana Cricket Stadium. Rajeshwari got the breakthrough in the second over in the form of opener Laura Wolvaardt for a duck and then got Lara Goodall in her very next over.

Hemalatha then sent back South African captain Sune Luus in the 11th over. However, du Preez and Bosch's 96-run stand took the game away from India. du Preez eventually fell to Rajeshwari while Bosch was dismissed by spinner Challuru Prathyusha in the 34th over. Marizanne Kapp and Nadine de Klerk, who had also taken three wickets in the Indian innings, saw South Africa over the line.

Earlier, captain Mithali Raj dragged a stumbling India to a score of 188 with an unbeaten 79 off 104 balls.