4 Wickets In 4 Balls Feat Will Set In A Little Bit Later: Curtis Campher

Ireland all-rounder Curtis Campher feels that his feat of taking four wickets in four balls will take a little bit of time to settle in. He added that he wasn't thinking about the record while bowling and his aim was to do what the team wanted. 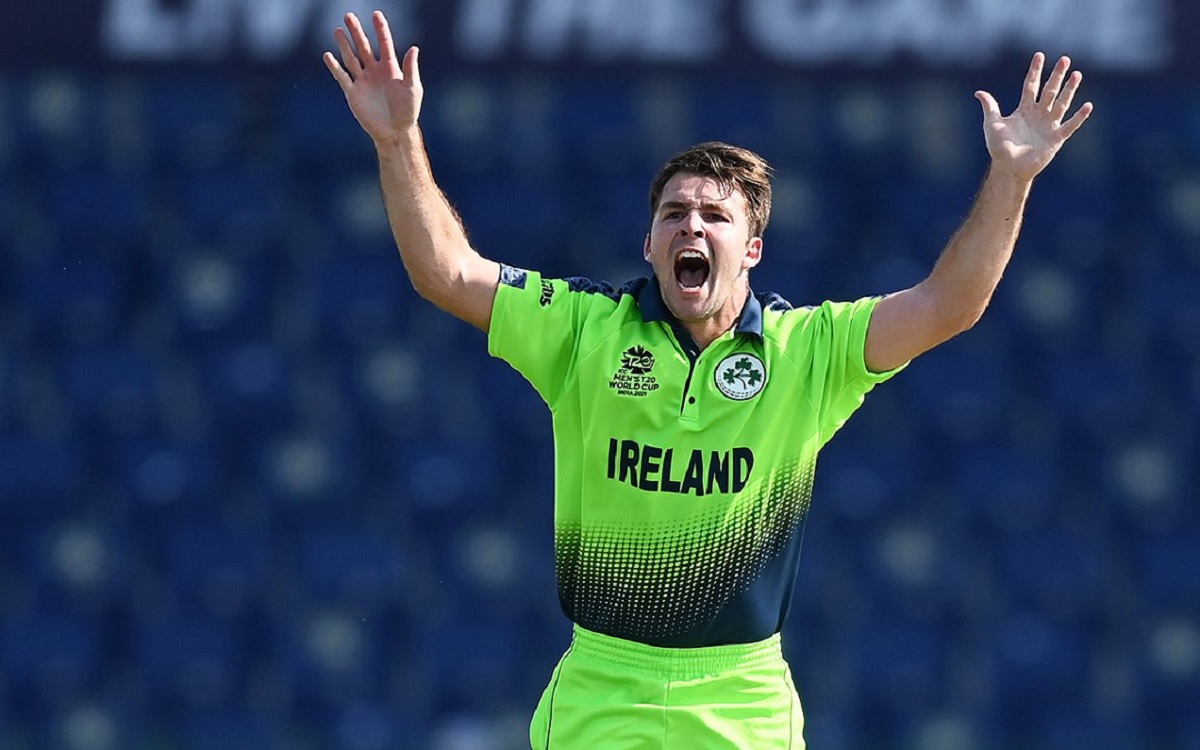 On Monday, Campher joined a rare club by taking four wickets in four balls in T20Is, alongside Rashid Khan and Lasith Malinga. Campher made his men's T20 World Cup debut an unforgettable memory by dismissing the Netherlands' Colin Ackermann, Ryan ten Doeschate, Scott Edwards, and Roelof van de Merwe in the 10th over to set up a famous win for Ireland.

"To be honest, I wasn't really thinking about it. Maybe it will set in a little bit later. I was just trying to do what I wanted to do. We knew when ten Doeschate walked in, that we had to go straight to them, and that worked. Then we just carried on with Edwards too. Both of those plans worked out from the analysis and it kind of fit into my game. Maybe in a few hours or a few days, it might rub off, but to be honest, I'm just happy with the win, and that's all that matters," said Campher in the post-match press conference.

Asked about how he managed to keep his composure before bowling the hat-trick ball, Campher replied, "My heart was racing quite high, but I just took a few deep breaths at the top of my run and tried to make sure I managed my skills. Obviously, I didn't really -- after that over, I didn't really finish the last over as well as I wanted to, but I'm learning. I'm young. I'm just trying to do the best I can."

Talking about his feelings after the hat-trick ball decision was overturned, Campher remarked, "To be honest, any time you get an opportunity to take a wicket in international cricket, it's a real privilege. Yeah, lucky it went my way today. Nothing else about that. Any wicket I can do for the team is a real boost."

Campher credited his bowling mates for maintaining the pressure around the Netherlands' batting which made taking wickets easy for him.

"Personally, for me, it gives us a lot of momentum. As a bowling unit, when you have three guys going under sixes, it makes a big difference. I thought as a unit we were really good. Another day I can go for 10s or 12s, but the pressure the guys built managed to make me get the wickets. So to Mark Adair, Josh (Davey), Simi (Singh), and (Ben White) Whitey, we hounded as a unit, we hunted as a unit, and I was just lucky today to get the results."