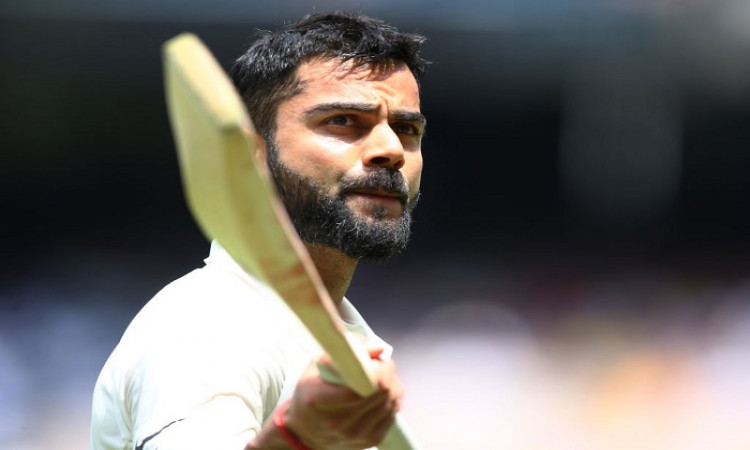 Melbourne, Dec 27 (CRICKETNMORE): Australia eventually managed to break the deadlock in the second session with the wickets of the overnight duo of Cheteshwar Pujara and skipper Virat Kohli even as India were comfortably placed at 346/4 at tea on Day 2 of the third Test, here on Thursday.

Vice-captain Ajinkya Rahane (30 batting) and Rohit Sharma (13 batting) went back undefeated after adding an unbeaten 47 for the fifth wicket at the breather.

Resuming the post-lunch session at 277/2, Kohli (82) made his intentions clear and went after the Australian bowlers until he jarred his back while playing a pull shot against Mitchell Starc. He continued to trouble the India skipper, who eventually fell playing an uppercut off Starc to be caught comfortably by Aaron Finch at third man.

Interestingly, this is the first time Kohli has not attained the three-figure mark after reaching 50 in the first innings in Tests in Australia.

Despite failing to score the century, Kohli, however, surpassed former skipper Rahul Dravid in becoming the highest Indian scorer in overseas Tests in a calendar year.

The fall of Kohli brought in his deputy Rahane, who looked fluent with his trademark shots even as the centurion Pujara (106) went on with his business at the other end.

But two overs after Kohli's departure, Pat Cummins, the solo wicket-taker on the opening day, doubled the joy for the hosts with a fuller delivery that ended Pujara's 319-ball marathon innings.

Pujara was undone by a ball that stayed too low and crashed into his stumps, once again underlying the confusing nature of the pitch at the Melbourne Cricket Ground (MCG).

Pujara's departure brought in Rohit, who looked jittery at the start before calming his nerves down with a boundary off Josh Hazlewood even as Rahane got off to a decent start.

Earlier, India resumed the second morning at 215/2 with Pujara and Kohli helping the team add 62 runs in a wicketless opening session.