India clinched the three-match series 1-0 against New Zealand after the third T20I between the two teams ended in a tie via Duckworth-Lewis method following rain interruption at the McClean Park, here on Tuesday. 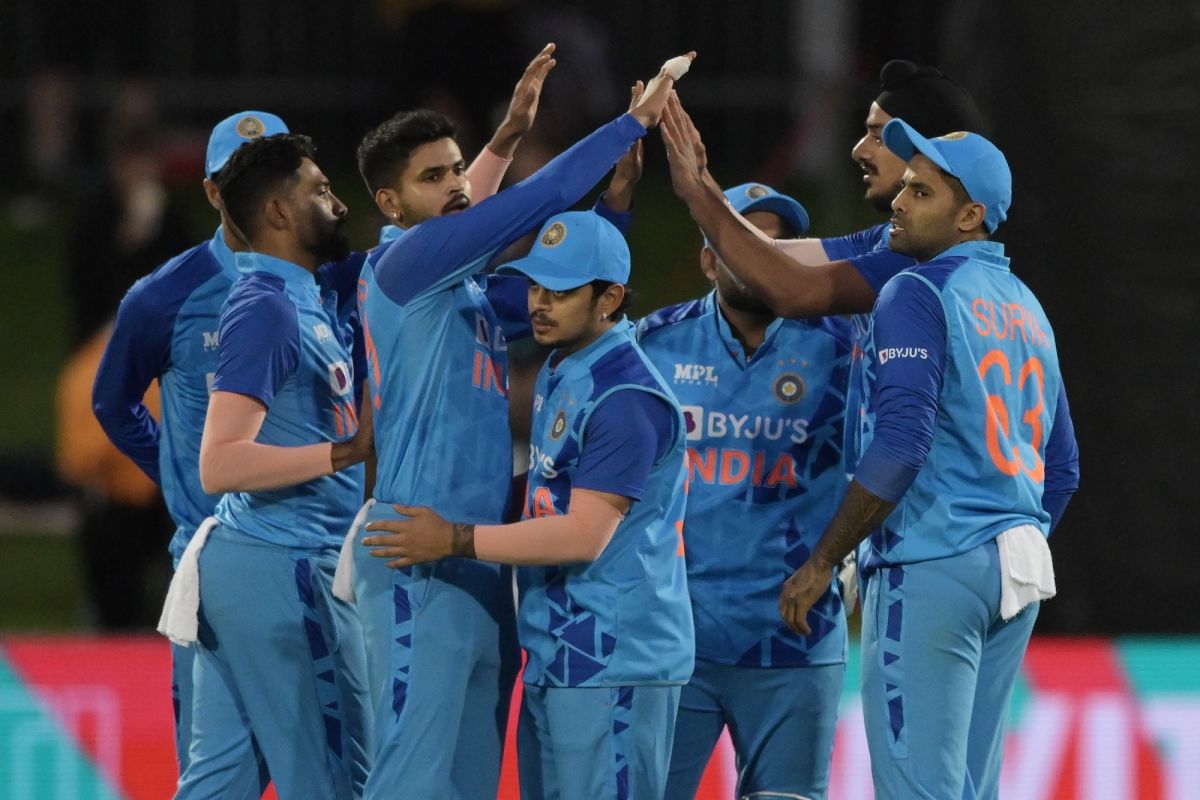 India clinched the three-match series 1-0 against New Zealand after the third T20I between the two teams ended in a tie via the Duckworth-Lewis method following rain interruption at McClean Park, here on Tuesday.

The Hardik Pandya-led India had won the second T20I by 65 runs against New Zealand in Mount Maunganui after the first game between the two sides at Wellington was washed out without a ball bowled.

After New Zealand won the toss and opted to bat first, Indian pacers Mohammed Siraj (4/17) and Arshdeep Singh (4/37) produced sensational bowling performances and scalped four wickets each to bowl out Black Caps for 160 despite fighting half-centuries by Devon Conway and Glenn Phillips

Black Caps were in a comfortable position with Conway (59 off 49) and Phillips (54 off 33) going strong but as soon as that partnership was broken it was a procession as both Siraj and Arshdeep had excellent outings with the ball, especially at death overs.

Chasing a par total, India lost the wickets of Ishan Kishan (10) in the second over after he pulled an Adam Milne delivery and was caught at deep midwicket.

Stand-in captain Tim Southee then added to India's woes by removing Rishabh Pant (11) and Shreyas Iyer (0) off successive balls. Pant started with back-to-back boundaries of the Southee but eventually miscued an uppercut to the third man while Shreyas bagged a golden duck.

Suryakumar Yadav, who is in red-hot form, mistimed his chip shot, which went straight to Glenn Phillips at deep mid-wicket, leaving India at 60/4 in 6.3 overs. The likes of Hardik Pandya (30 not out off 18) and Deepak Hooda (9 not out off 9) took India to 75/4 in 9 overs when rain stopped play.

According to DLS, 76 would have been the winning score for India after 9 overs but they were 75, which was the par score. With incessant rain lashing McLean Park, the match couldn't be resumed and eventually, it ended in a tie.

Earlier, it was Arshdeep, who provided India with an early breakthrough, packing Finn Allen for 3 in the second over of the innings. Conway and Mark Chapman, who came in as Kane Williamson's replacement, steadied things before Siraj removed Chapman for 12, leaving 44-2 after 5.2 overs.

From there on, Conway and Phillips took their time and rebuilt the New Zealand innings. Conway looked in fine touch and crafted a fine innings, bringing up his half-century in 39 balls while Phillips wasn't at his best but he belted some much-needed boundaries and massive sixes to give the hosts' innings a push.

With their respective fifties, Conway and Phillips stitched a crucial partnership of 86 runs for the third wicket. However, once Siraj ended the stand by removing Phillips in the 16th over, the Kiwis lost the wickets in quick succession.

Both Siraj and Arshdeep fired in tandem to lead India's comeback as New Zealand didn't get the momentum and suffered a collapse in the last few overs. From a well-placed at 130/2 in 15.4 overs, Kiwis managed to add only 30 runs and lost 8 wickets in the last 24 balls to get bowled out for 160 in 19.4 overs.