2nd Test: Team India 6 wickets away from win at lunch on Day 4

Kingston (Jamaica), Sep 2: India inched closer to a 2-0 series whitewash as West Indies were 145/4 down, still 323 runs behind at lunch on Day 4 of the second and final Test at the Sabina Park here on Monday. 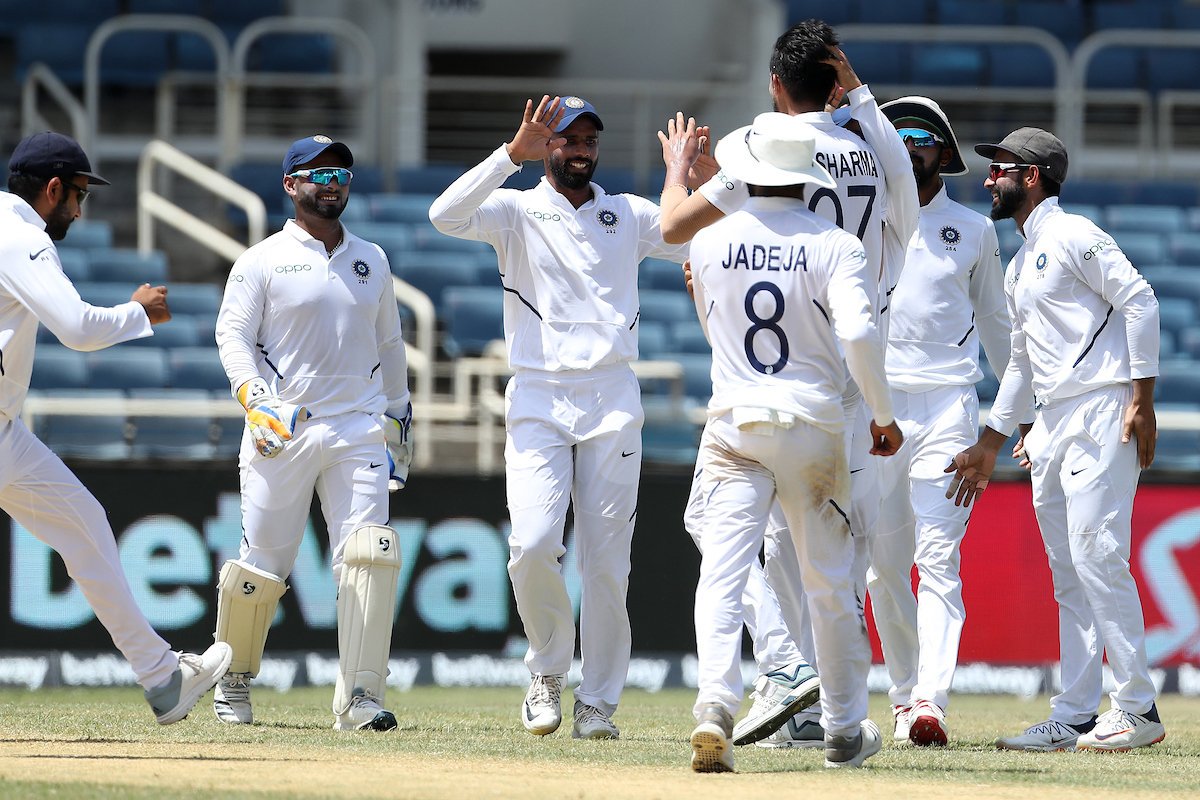 In-form India batsmen Ajinkya Rahane and Hanuma Vihari struck well-compiled half centuries to set an improbable 468-run target for the hosts, who were at 45/2 at the end of the third day, with Darren Bravo and Shamarh Brooks batting at 18 and 4, respectively.

While Brooks contined to wage a lone battle, remaining at the crease on 36 from 84 deliveries at the break, Bravo had to go off the field as he was feeling unwell just three overs into the day's play. He was retired hurt on 23. Initially, Roston Chase came in to bat but later Bravo was replaced by Jermaine Blackwood as concussion substitute as he was unbeaten on 33 at lunch.

Bravo had copped a blow to the side of his helmet from a Jasprit Bumrah bouncer in the last over on Day 3. Blackwood was originally not a part of the West Indies squad for the second Test, but with the ICC regulations allowing a like-for-like replacement, he was called into action.

It was a unique case where 12 men batted in a Test innings with Chase being trapped in front by Ravindra Jadeja for 12. Shimron Hetmyer did not last long, Ishant Sharma having him caught at extra cover by Mayank Agarwal as the Windies slumped to 98/4 before Brooks and Blackwood joined hands for a 47-run unbroken stand.