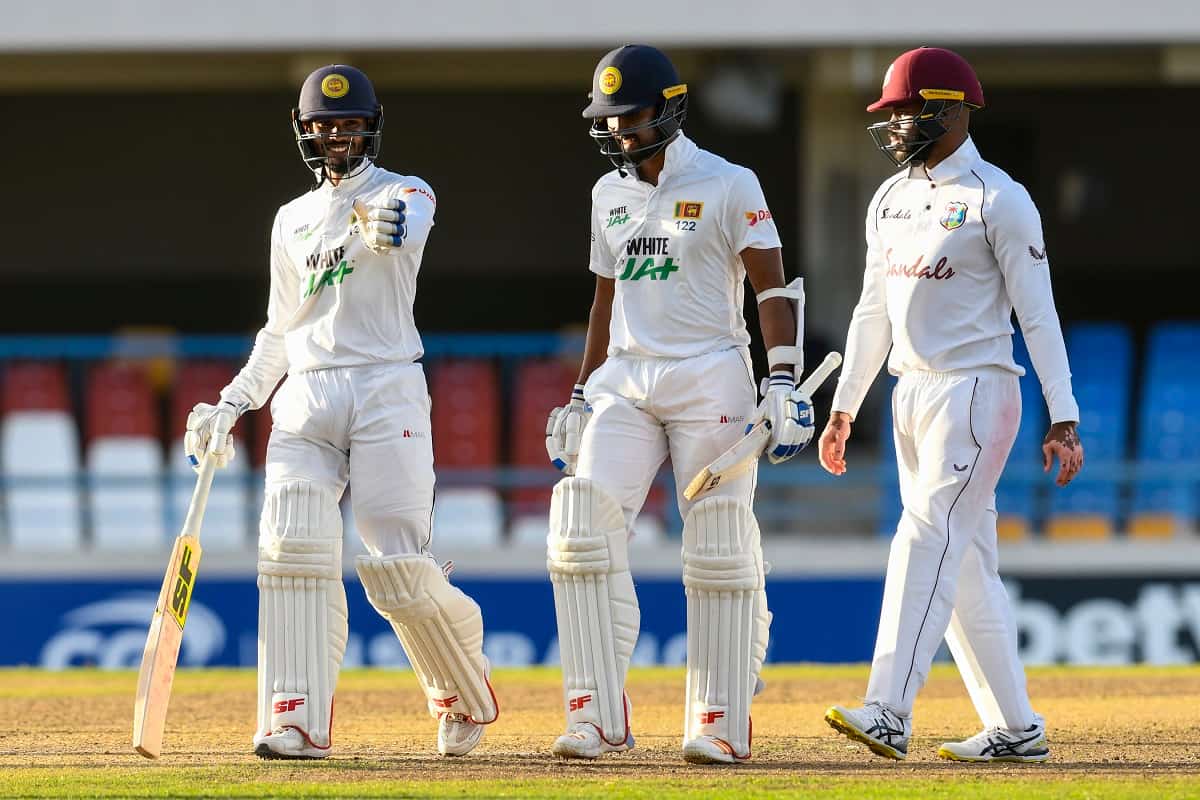 Captain Kraigg Brathwaite was last out in the West Indies' first innings of 354 before the visitors rallied behind Lahiru Thirimanne's third consecutive half-century to reach 136 for three at stumps on the second day of the second and final Test in Antigua on Tuesday.

After scores of 70 and 76 in the drawn first Test, Thirimanne's run of good scores –- going back to the series in South Africa last December –- continued with another composed innings of 55.

However, his dismissal to Kemar Roach in the day's final session necessitated consolidation which the unbroken fourth-wicket pair of Dinesh Chandimal (34 not out) and Dhananjaya de Silva (23 not out) provided on an increasingly placid surface with an unbroken stand of 59.

Earlier, Brathwaite extended his occupation of the crease to eight-and-a-half hours which brought him 126 off 311 deliveries with 13 fours, a ninth Test century in which he fulfilled the role of anchor of the innings.

His opposite number Dimuth Karunaratne, by contrast, survived 16 balls before an edged drive off fast bowler Alzarri Joseph produced a stunning diving catch at third slip by Nkrumah Bonner to send the left-hander back to the pavilion for just one when Sri Lanka started their reply immediately after lunch.