England's bowlers showed discipline and skill to restrict Australia to 157/7 in 20 overs in the second T20I here on Sunday. 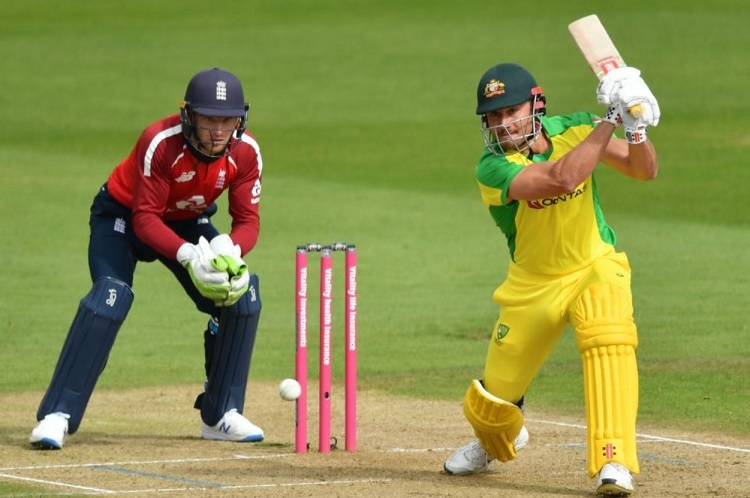 Paceman Chris Jordan was the pick of the bowlers for the hosts, returning figures of 2/40 but it was a team effort really as Jofra Archer (1/31) and Mark Wood (1/25) bowled superbly to never let the Aussies get the better of them.


Morgan Can Be A Great Ally To Karthik, Feels KKR Mentor Hussey

For the visitors, skipper Aaron Finch top-scored with a 33-ball 40, with his innings laced with four fours and two sixes.

Marcus Stoinis also looked good for his 35 and Glenn Maxwell made 25 but all three batsmen were removed just when they looked to get going.

David Warner was the first to go as he was caught behind by Jos Buttler off Archer.

Alex Cary, promoted up the order, was out in similar fashion to Wood as Steve Smith also failed with the bat, managing just 10 as he was run out by England captain Eoin Morgan.

The Aussies were 89/5 at one stage before the likes of Stoinis, Maxwell and Ashton Agar (23) steadied the ship with Pat Cummins (13 not out) also chipping in.