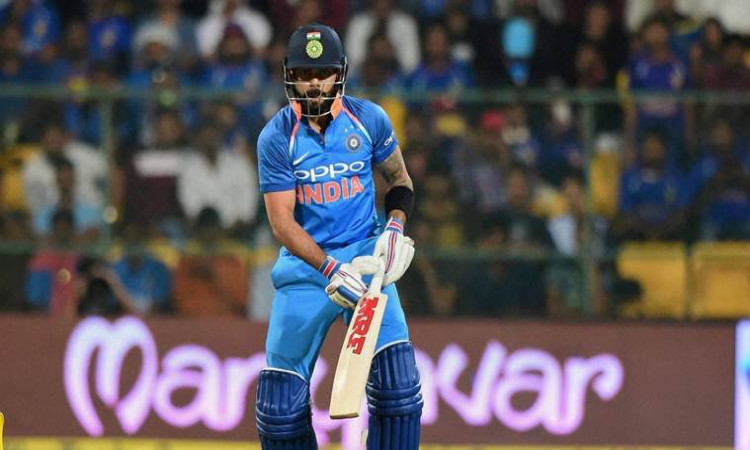 Adelaide, Jan 14 - After a disappointing start to the three-match ODI rubber against Australia in Sydney, India will look to bounce back in the second match at the Adelaide Oval here on Tuesday to stay alive in the series.

The Men-in-Blue lost the first contest at the Sydney Cricket Ground (SCG) by 34 runs and the world no.2 side will be looking to regain dominance in the second match.

In the do-or-die affair, India will rely heavily on the top three of Rohit Sharma, Shikhar Dhawan and skipper Virat Kohli once again, as none of the lower and middle order batsmen, barring former skipper Mahendra Singh Dhoni, clicked in Sydney.

While Rohit fired an impressive 133, Dhoni supported the opener with a 51-run knock. However, the latter's innings came off 96 deliveries which left too many runs to chase in the final overs.

Dhoni failed to set the pace in the slog overs in Sydney and it will be a major cause of concern for the team management. Also, Dhawan will need to step up to provide solid support to the in-form Rohit and give India a good start.

With time running out ahead of the 2019 World Cup, the middle order duo of Ambati Rayudu and Dinesh Karthik also need to click with the bat.

India will also be tempted to field Kedar Jadhav in place of Rayudu, who was on Saturday reported for suspect bowling action. Jadhav's inclusion will not only bolster the middle order batting but his part-time round-arm off spin has helped in breaking partnerships.