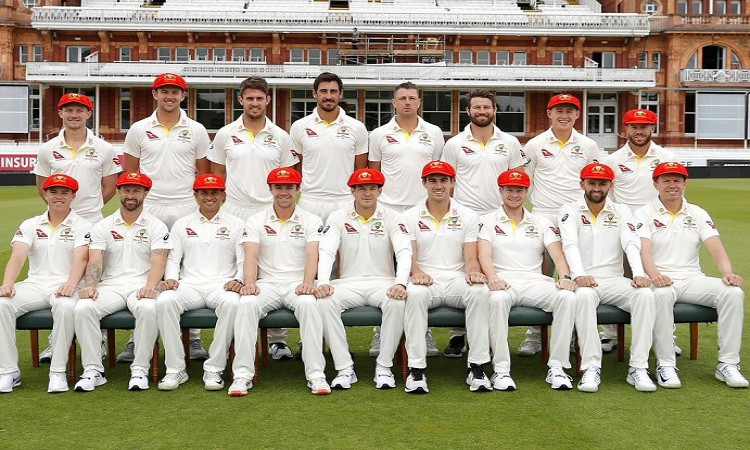 London, Aug 14: Australia on Tuesday announced their 12-man squad for the second Ashes Test at Lord's starting Wednesday. Both Mitchell Starc and Josh Hazlewood, who were left out of the first Test against England, have been included in the squad while pacer James Pattinson has been left out.

Pattinson had picked up two wickets in the first innings of the first Test in Birmingham but drew a blank in the second innings even as Australia registered a thumping 251-run victory.

Speaking on the eve of the Lord's Test, Australia captain Tim Paine said that they will be managing the workload of five or six bowlers to keep them fit and fresh for the future.

"We want to make sure that the five or six bowlers we've got here bowl as a group for the next three or four years. There will be some management as part of that at some stage," Paine was quoted as saying by cricket.com.au.

Australia's head coach Justin Langer had said on Monday that the decision to leave out any one pacer for the second Test would be very difficult.

"It's going to be a really tight call between two of them, or three. Whoever misses out, it's going to be tough ... they are all very, very good bowlers. I'm sure we will take a decision in the next day or so," Langer had said after having a look at the flat and dry Lord's wicket.

It will now be interesting to see who out of the four pacers -- Pat Cummins, Peter Siddle, Mitchell Starc and Josh Hazlewood -- make it to the playing XI on Wednesday.