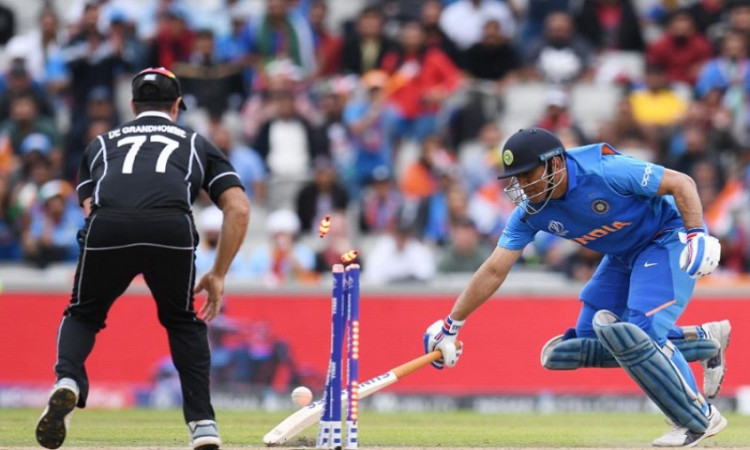 July 11 (CRICKETNMORE) In different incidents, two cricket fans lost their lives while watching the first semifinal clash of the ongoing World Cup 2019 between India and New Zealand on Wednesday.

In the first incident in Bihar's Kishanganj district, a fan -- Ashok Paswan, 49, felt breathlessness while watching the match and was shifted to a hospital where doctors declared him dead after suffering a heart attack.

According to family members, the deceased was bursting crackers when Indian batsmen were scoring runs but complained of breathlessness as India was on the verge of defeat.

Meanwhile, in an another incident, a cycle shop owner -- Srikanta Maity, 33, died of cardiac arrest while watching the game in Hooghly district of West Bengal.

According to reports, Maity was said to be watching the match on his phone when the incident took place. He collapsed in his shop as soon as M.S Dhoni got out. He was rushed to a hospital where he was declared dead on arrival.

In the rain-hit semifinal played over two days, New Zealand scored 239/8 in 50 overs after opting to bat. Kane Williamson (67) and Ross Taylor (74) formed the bedrock of their innings.

In reply, India lost four top order batsmen for just 24 runs inside 10 overs before Ravindra Jadeja (77) and Dhoni (50) shared a 116-run seventh wicket stand to raise hopes for an unlikely victory. However, it wasn't enough and in the end India fell short by 18 runs.