What Has MS Dhoni Changed After Returning To CSK Captaincy

Chennai Super Kings' most successful captain, MS Dhoni, stepped down from the role before IPL 2022 and Ravindra Jadeja took up the role, and then Dhoni once again got the captaincy back after Jadeja stepped down mid-season. 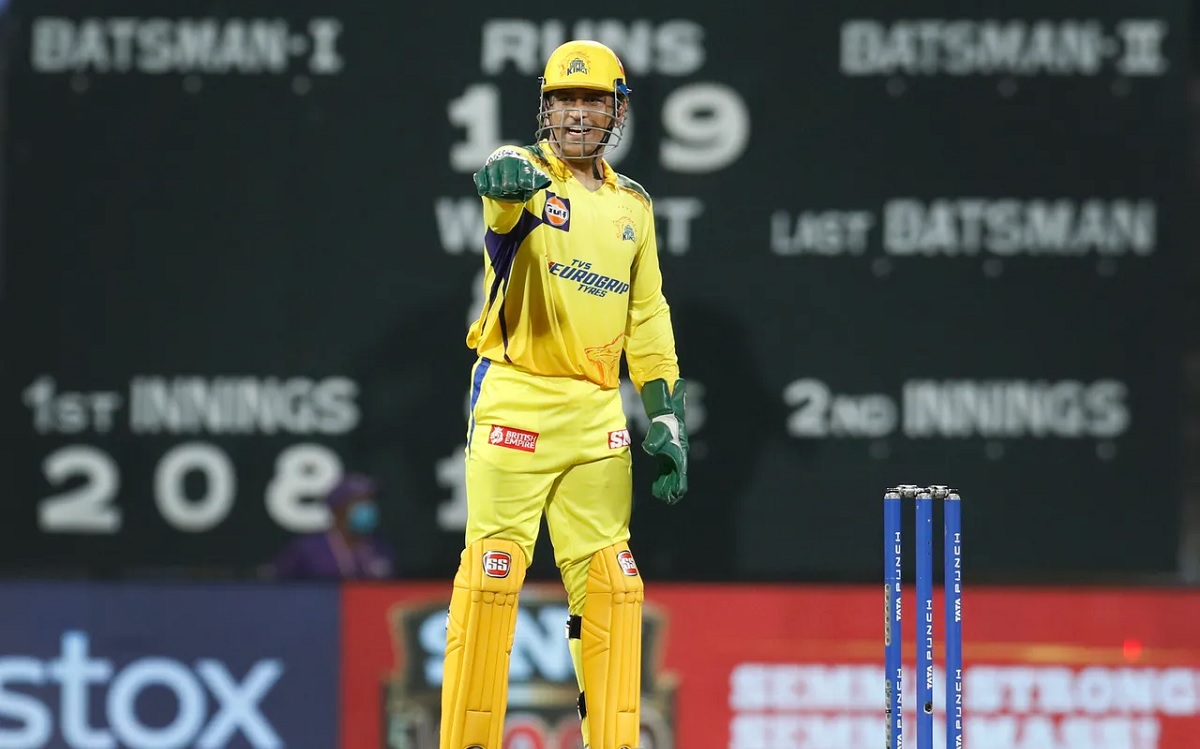 It has been an interesting season for the four-time Indian Premier League (IPL) champions, Chennai Super Kings, where their most successful captain, MS Dhoni, stepped down from the role and Ravindra Jadeja took up the role, and then Dhoni once again got the captaincy back after Jadeja stepped down mid-season.

CSK had a very poor start to the season and it was expected - their bowling didn't have the best resources as Deepak Chahar and Adam Milne got injured at the beginning of the season. They had no choice but to play an inexperienced bowling lineup, especially in the powerplay.


I Am Focusing On My Process Rather Than Result :Venkatesh Iyer

Tushar Deshpande and Mukesh Choudhary took up the new ball in the first two games but couldn't provide much control. CSK continued with Mukesh, a left-arm pacer, and then got Chris Jordan to bowl the new ball in 3rd game.

Things weren't working and Jadeja had to do what CSK hadn't done in the last two seasons - use spinners in the powerplay. It must be noted that Dhoni wasn't making these decisions which he admitted later in the tournament.

"In the first 2 games there was information going in towards Jaddu and after that, I left it to him to decide which angle to bowl and all that," Dhoni had said in the post-match interview.

After bowling all pace bowling in the powerplay and not getting the result, Maheesh Theekshana came onto bowl the second over of the innings in the fourth match of CSK and bowled three of four overs inside the powerplay.

In the next five games, CSK bowled 18 overs of spin inside the powerplay to control the run rate and later brought on the likes of Dwayne Bravo and Dwaine Pretorious for the later overs. In those 18 overs, the spinners conceded 6.77 runs per over - a decent return.

In the eight games Jadeja captained, 43 overs of spin were bowled in the middle overs where they conceded 8.16 runs per over.
As soon as Dhoni returned to captaincy, one thing he changed was to get Simarjeet Singh in the playing XI - a right-arm pacer who clicks close to 140 and can swing the ball. In the first game of Dhoni as captain, only two overs of spin were bowled; in the next two games total of two overs were bowled - both by Maheesh Theekshana.

In just three games of Dhoni's captaincy, 23 overs of spin have been bowled in the middle overs where they have provided the exact thing their captain wanted - control. In 23 overs, spinners have conceded runs at 6.04 economy.

MS Dhoni has once again got pacers to bowl in the powerplay and since Theekshana has been brilliant, he has got the confidence of his captain to bowl at least one over inside the powerplay (and also due to the lack of control of current CSK pacers).

"The spinners did well after the sixth over when it started holding a bit, build the required rate in that period. That was key to the win and gave a surplus of runs which we could fall back on. The opposition can get back after a good start even with a chase of 200 but our spinners ensured that was not the case," Dhoni said after winning against SRH.