What a practice series ahead of Australia tour! 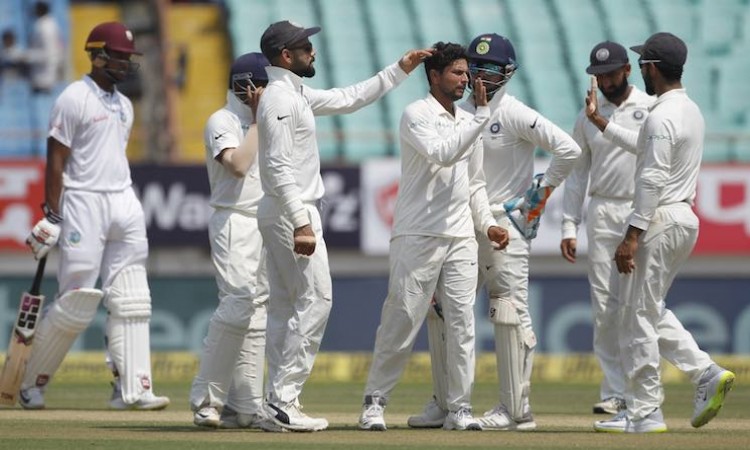 Oct. 7 (CRICKETNMORE) - Before going to South Africa, India played Afghanistan in Bengaluru and won the one-off Test by their biggest-ever margin till then, an innings and 262 runs in two days. After losing the five-Test series 1-4 in England, India returned to score a massive innings and 272 runs victory against West Indies inside three days at Rajkot!

It is all scripted so beautifully, and as anticipated. South Africa and England are forgotten by the time the Indians returned from the Gulf with the Asia Cup and now they decimated the Caribbean. The result was foregone and everyone treating it as a practice game before embarking on the tougher tour of Australia.

This was a Test in which every Indian player was eager to grab the opportunity to score big or take handful of wickets. Some are fighting for a place in the squad for down under and those the selectors overlooked, some seniors, are cursing themselves, their luck and the selectors for their misery.

In these hits and misses, one youngster stood out, creating a record or two on his debut. Opening batsman Prithvi Pankaj Shaw, the 18-year-old got a hundred in his first Test and in style at that, becoming the youngest Indian to do so on debut.

Skipper Virat Kohli justified Shaw's inclusion in the side, saying the Mumbaikar is a 'different quality'. Just as well the team management did not rush him into the Oval Test and played against the West Indies. This century will make him a lot more confident on the bouncy Australian pitches on which he can hook, pull and cut with refreshing freedom.