The Rise Of Josh Hazlewood - The T20 Bowler

Josh Hazlewood has become one of the best defensive bowlers in the T20s since 2020. 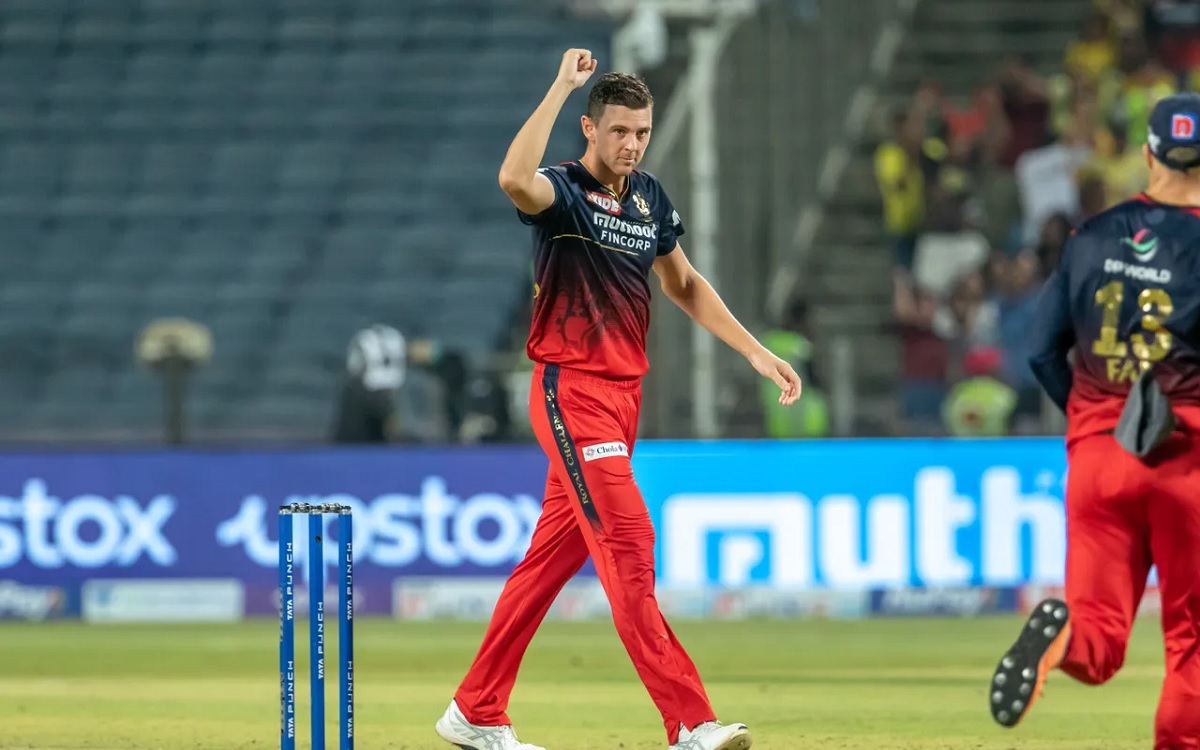 Josh Hazlewood is one of the best test match bowlers in the world currently. He fits perfectly in the great Australian trio with Pat Cummins and Mitchell Starc when playing in whites. However, despite being one of the best in tests and doing decently well in the ODI format, one format which Hazlewood never really got right in the T20s, until recently.

Making his international debut in 2013, till 2020, Hazlewood played nine matches picking nine wickets at an economy of 9.19.


Harbhajan Singh: Dinesh Karthik has been outstanding for RCB

However, something changed in 2020 when he first played in the Indian Premier League(IPL). He got picked for Chennai Super Kings where he played in three matches where he picked up one wicket. However, his economy was 6.4 in 10 overs that he bowled. 7 out of his 10 overs were bowled in the powerplay where he conceded just five runs per over.

In the next season, Hazlewood played nine matches where CSK mostly bowled him in the powerplay - 21 overs out of 35. Hazlewood had the 14th best economy rate in IPL 2021 - 8.57 (minimum 100 balls bowled).

CSK used his strength to bowl hard lengths accurately to great effect. Due to his ability to extract movement with the new ball, 15 out of his 21 overs in the powerplay were 2nd and 3rd overs. If MS Dhoni felt the team needed to defend in the powerplay, he got to bowl the 5th and 6th over of the inning.

Hazlewood bowled eight overs in the middle overs as well - bowling as an enforcer - keeping the batting team's scoring rate in check. His economy in this was 8 and even in the six overs he bowled in the death, Hazlewood conceded just 8.16 runs per over.

In IPL 2022 so far, Hazlewood has got a new role, playing for Royal Challengers Bangalore, where he is asked to bowl in the powerplay and death overs. 17 out of 31 overs he has bowled so far have come in the powerplay where he has conceded just 5.58 runs per over - the best economy rate among bowlers who have bowled minimum 100 balls this season in this phase.

He has bowled just four overs in the middle overs in this season and has only conceded 4.75 runs per over and also picked five wickets in this phase. But his second role is to bowl in the death overs, where he has bowled 57 balls so far and conceded 9.89 rpo - 10th best economy among bowlers bowling minimum 50 balls in the final four overs.

Bowling in the IPL has also impacted his T20I career as well - indirectly or directly. Since 2021, Hazlewood has 18 matches for Australia and has picked 31 wickets at an economy of 6.61.

Josh Hazlewood has made use of his strength of bowling accurate line & length (something he has been doing in the test matches consistently) and changed his T20 game forever. He has become one of the best defensive T20 bowlers.