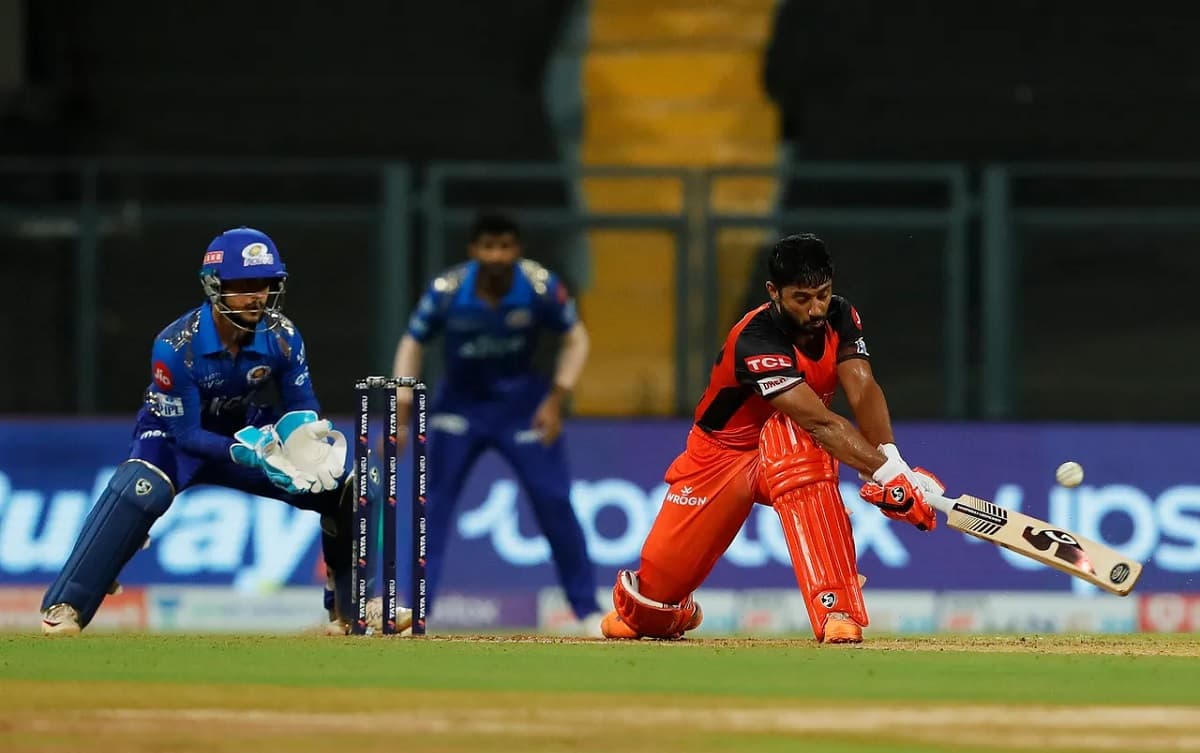 Rahul Tripathi has been one of the most exciting uncapped Indian players ever since he made his debut in 2017 for the Rising Super Giants. He has, since then, played 75 matches and scored 1778 runs.

He isn't the star batter nor he is given a mammoth amount of price tag but he adds great value in whichever team he plays but exactly where? What makes Rahul more successful than others not only in his franchise but among all the players playing in the tournament?

Another great thing about him is his ability to play spin. He isn't an out-and-out spin hitter but knows how not to get stuck while playing and take his chances smartly. Since 2020, Tripathi has the 6th best strike rate while facing spin - 141.13 while at an average of 31.82.

Rahul Tripathi's role is for these two phases - powerplay and middle overs, majorly the latter that is the reason why he likes to play at number three which suits his game and gives him the perfect opportunity to accelerate and see what the situation demands.

Rahul Tripathi has obviously been the best batter for SRH this season where he has scored 393 at a strike rate of 161.72 - the 2nd best SR among batters who have played at least 200 balls. He has dominated pace bowling, scoring 266 runs at an SR of 167.29 - 4th best among those who have faced 150 balls.

Overall, Rahul Tripathi has scored more than 19% of the total runs SRH have scored this season despite facing just 16% of the deliveries - 4th among five batters who have faced more than 200 balls for his team.

Rahul Tripathi is having another high-quality season and at the same time, he is also giving education on how to construct a T20 inning very casually.

"I've enjoyed batting at three. It's important that if the openers have given a good start, then continuing that. Or whatever the situation demands I'm trying to learn from that. Depends on how the wicket is playing, how I can counterattack at that point. If it's there and I can take it on, I will definitely go for the shot.

"If it's not there then I'll just look to take those singles-doubles. Sometimes when a bowler is bowling well, how to score those runs. In T20 there cannot be a moment where you can slow down. Every ball is an event so I just think what could be the best result," Tripathi said in the post-interview after he scored 76 in 44 balls vs MI.