The Rahul Dravid era began with a win for India against New Zealand in the 1st T20I at Jaipur where India chased down 165 runs. But it wasn't smooth sailing as one would imagine. India chased down 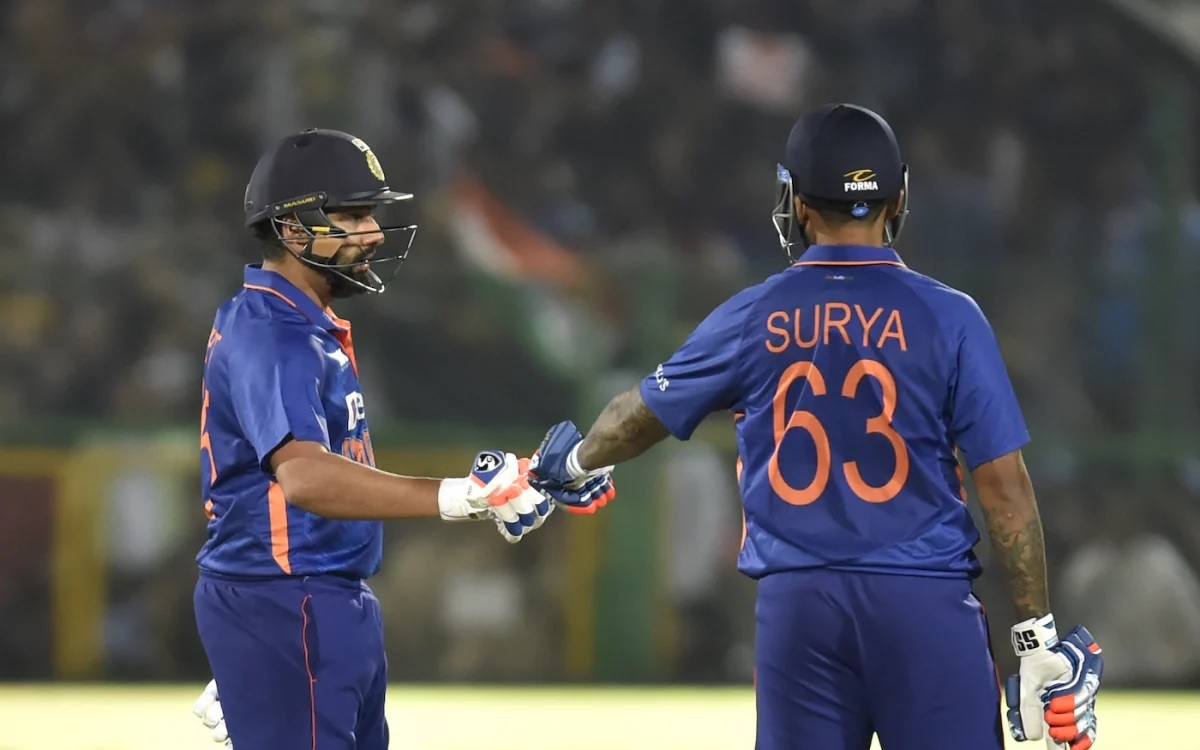 The Rahul Dravid era began with a win for India against New Zealand in the 1st T20I at Jaipur where India chased down 165 runs. But it wasn't smooth sailing as one would imagine. India chased down the target with two balls after being 85/1 at the halfway stage.

What happened after that? Where did India lagged or was it smart bowling from New Zealand? Let's deep dive:

Bhuvi was used in a classic fashion - two overs with the new ball, two overs in the death. He attacked the stumps with new balls and swung the ball. Kumar removed Daryl Mitchell on a golden duck with a nip backer. He only conceded five runs in the first overs.

In the death overs, kept the ball outside the off-stump for right-handers and continued to bowl body line for the left-handers. Varied pace, bowled only three yorkers, and bowled back of the length more.

Chahar had a slightly new role than usual. Since he and Bhuvi are similar bowlers, Bhuvi bowled more with new ball while Chahar bowled second and sixth over in the powerplay.

In his first over, got hit for nine runs when he tried to get the ball swing. He switched to his slow bouncer in the second over and again got hit. An early indication of why India shouldn't play both Chahar and Bhuvi in the same XI.

Was brought back in the 13th over and conceded ten runs. Kept the ball back of the length and into the batter. Ended up with the figures of 42/1 in four overs. His limited variations and lack of pace turned out to be crucial.

Siraj was bowled after every five overs - 4, 11, 15, 20. He bowled fast and didn't try yorkers much - only one in his entire spell. He conceded 39 in four overs and took one wicket. No real variations throughout four overs.

The Delhi Capitals' duo bowled in tandem. One thing that India did which New Zealand couldn't, was bowl one spinner throughout the middle overs. Ashwin was brought-in in the fifth over, Axar in the eighth. Ash bowled - 5, 7, 9, 14 while Axar - 8, 10, 12, 16.

From 7-10 overs, Ash & Axar bowled in tandem and conceded only one boundary. Both the spinners started defensively. Although Ash was a touch full to invite big hits, Axar was accurate to bowl back of a length and not give anything away.

New Zealand kept delaying their run-scoring as usual. In not-so-surprising tactics, the Kiwis hit three fours and two sixes in overs 11-12-13 to get a move on. A smart Ashwin came back in 14th over.

He bowled the first ball at the usual pace of over 90kmps however the second ball dipped and was slowed down by over eight kmps. Chapman tried reaching the ball and got bowled. Ash welcomed Tim Seifert with dip and slow balls and then bowled a quick carrom ball to get him out. New Zealand lost two wickets in that over.

The Indian spinners kept things tight and only conceded 54 runs in eight overs.

New Zealand reached the T20 World Cup Final with a bowling heavy approach which meant they had to bat in a conservative manner. One of the unsung reasons of New Zealand not winning the final was it's approach in the first ten overs where they scored 57/1.

In the 1st T20I as well, the Kiwi batters played similarly, scoring just 65 in the first half. They scored exactly 99 runs in the last ten. But the question is what if..? A better start and more aggressive approach could have given Kiwi bowlers 10-15 runs more to defend.

Apart from the first two World Cup games, Rohit and KL Rahul have given India brilliant starts. They were once again right on the money and attacked from the start. India scored 56 runs in the powerplay despite losing KL Rahul for 15; New Zealand had scored 41/1 in the first six.

India has gone soft against spinners in the middle overs in the last few years. Rohit, Virat, and Rahul all get stuck against spin but Suryakumar Yadav doesn't. With Virat not in the squad for this series, Surya is playing at number three.

Suryakumar strikes at near 147 vs Leg-spin - the best among the current Indian lot. With Surya at the crease in the middle overs, India made sure they didn't succumb to spinners again vs New Zealand.

India scored 53 runs against spin in seven overs in which Surya scored 36 runs at a strike rate of 144. He hit two fours and two sixes.

What attacking spin did was New Zealand had to bring in their pacers one over early. While India kept bowling spin till 16th over, New Zealand couldn't continue after 13th.

The trio of Southee, Boult, and Ferguson:

India were cruising 142/2 at the end of the 16th over. Boult kept varying the lengths and pace to trouble Rishabh Pant. He bowled short and then yorker. He got Suryakumar out.

In the next over, Lockie Ferguson bowled fast. He hit hard lengths on the bodyline and didn't allow scoring easy.

Tim Southee bowled 19th over. He bowled stump line and kept varying pace. There was no easy scoring that allowed New Zealand to crawl back into the game.

But, remember India hitting spin which made New Zealand bring back pacers early? It hurt them in the end as Kiwis had to bowl Daryl Mitchell in the final over. Although Rishabh Pant struggled earlier but he finished the game against a medium pace bowler.