LSG vs CSK: The 4th Highest Successful Run Chase In IPL; How & What Went Down In The Match?

LSG vs CSK IPL 2022: Everything that contributed to the 4th highest ever run chase in IPL history as Lucknow Super Giants defeated Chennai Super Kings by 6 wickets in the 7th match of IPL 2022. 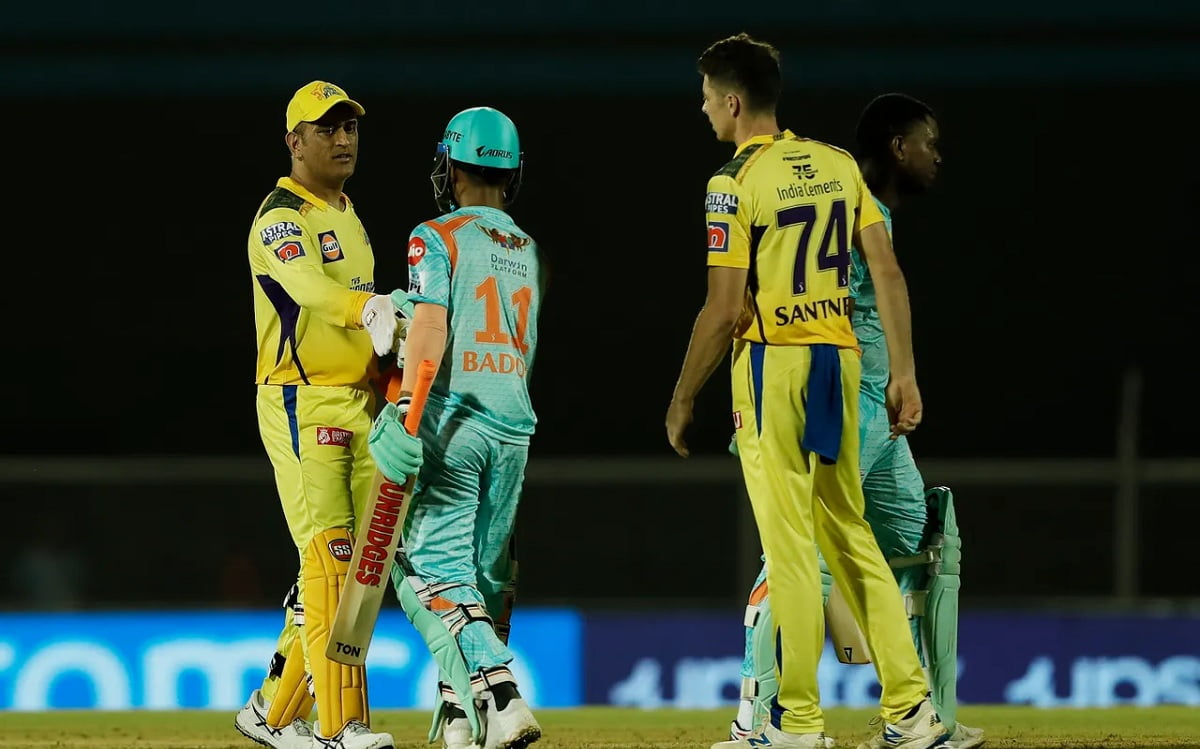 LSG vs CSK IPL 2022: Lucknow Super Giants pulled off the fourth highest run chase in IPL history as they chased down a target of 211 to register their first win in the IPL, and that too against the defending champions.

Bishnoi's tight bowling and Evin Lewis' explosive innings were the major highlights of the match for LSG, but a lot of interesting things went down which first saw CSK post 210/7 in 20 overs and then LSG chasing down the total with 6 wickets in hand with 3 balls remaining.

Here are a few important & crucial moments in the match between Lucknow Super Giants and Chennai Super Kings which led to a thriller high-scoring match. 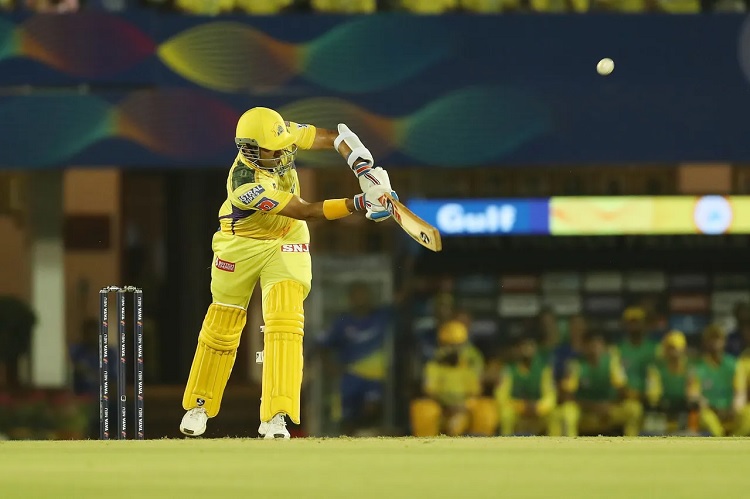 Devon Conway was benched for this match as CSK played with just 3 overseas players, which saw Uthappa promoted up the order to open with Ruturaj Gaikwad. Uthappa provided the push CSK needed after being put in to bat first and smacked two boundaries against Avesh Khan on the first two balls of the innings. The right-handed batter went on to flick Chameera for a six followed by a four. The batter didn't halt here and smacked Andrew Tye for four boundaries in an over all-around the park. Uthappa smacked his 26th fifty off 25 balls and consequently, CSK smacked 18 boundaries in the first 10 overs. 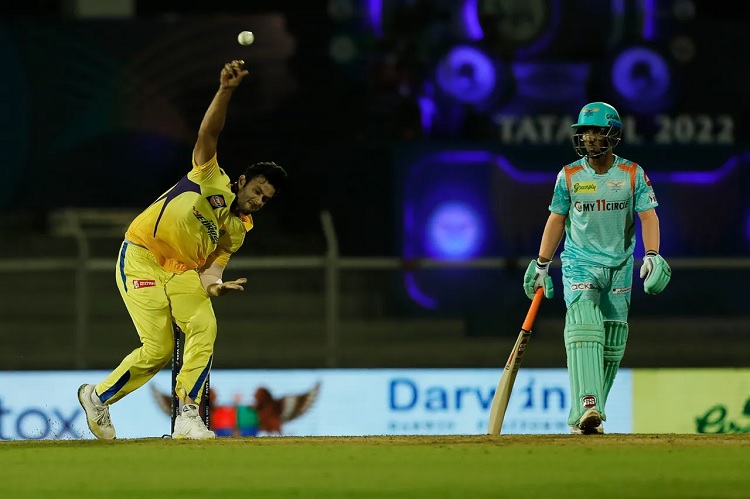 Ravindra Jadeja promoted Shivam Dube up the order at #4 and came out to bat in the 8th over. In the first match, Dube was played at #6 when the first two wickets fell in the powerplay, but in this match, he was sent in at #4 as he plays well against the spinner, and this tactic worked in CSK's favour. The southpaw started off by smacking Chameera for three boundaries and went on to make sure that the run rate didn't slow down in the middle overs, smacking two sixes and five fours. However, he missed out on a well-deserved half-century by just 1 run but had already played his part in the CSK innings. 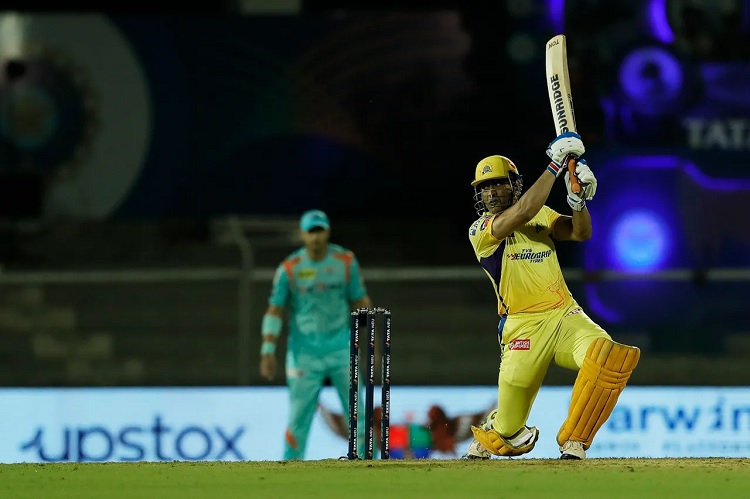 MS Dhoni is playing his first season with CSK as a keeper-batter and not a captain, and this decision has seemed fruitful till now. Dhoni remained not out in the first match and scored an unbeaten 16 runs in 6 balls against LSG as he came out to bat in the 19th over. MS smacked a six on the first ball he faced and went on to smack 2 boundaries to provide a brief finishing touch. 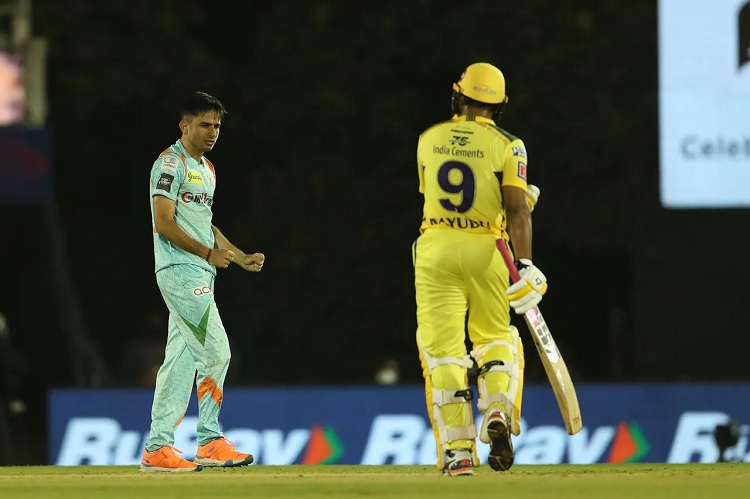 Ravi Bishnoi was the standout bowler for Punjab Kings even though Chennai Super Kings scored at a run rate of 10.5. Where the next best bowler had an economy of 9.50 (Avesh Khan), Bishnoi maintained an economy of 6 in his 4 overs while picking up 2 wickets. Bishnoi first dismissed Ruturaj Gaikwad with a rocket hit in the 3rd over and then dismissed the top scorer Robin Uthappa (50) in the 8th over with quick delivery. Bishnoi also went on to dismiss dangerous Ambati Rayudu (27(20)) in the 17th over and minimized CSK's chances for even a bigger total. 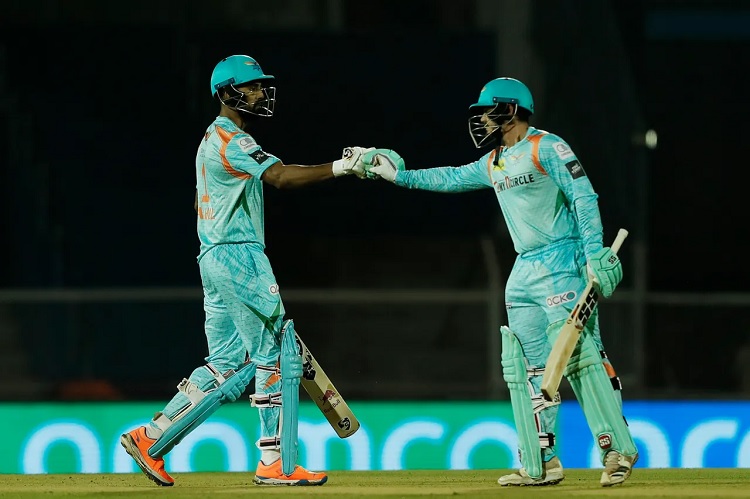 After failing in the first match against Gujarat Titans, Lucknow Super Giants openers, captain KL Rahul and keeper-batter Quinton de Kock etched an opening partnership of 99 runs in 10.1 overs to provide the kind of explosive start required for chasing down a total in excess of 200. Up against the inexperienced duo of Mukesh Choudhary and Tushar Deshpande, the two renowned batters smacked eight fours and two sixes in the first five overs. The leading wicket-taker in IPL history, Dwayne Bravo was handed the sixth over and almost dismissed de Kock but Moeen dropped a simple catch at mid-off. KL Rahul was also given a reprieval as Deshpande dropped a catch off Moeen Ali's bowling.

6. Wonder what wonders Evin Lewis can do in the middle order? 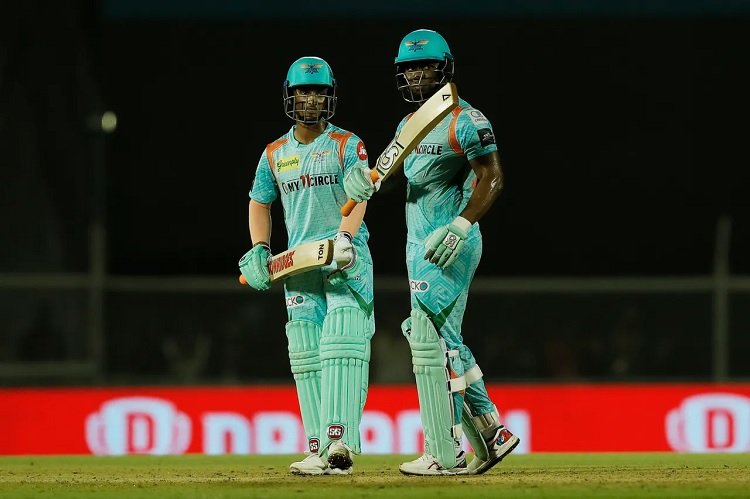 Evin Lewis came in to bat at #4 in the 12th over when LSG still required 97 runs off the last 8 overs. KL Rahul was dismissed in the 11th over and #3 Manish Pandey was dismissed in the very next over. In this situation, the West Indian batter came out and struck Deshpande for a six and a four to keep the run rate under control. Pretorius went on to remove QDK in the 15th over. Lewis carried on with Hooda and ultimately took his team to victory with Ayush Badoni, finishing on an individual score of 55 runs in 23 balls with 6 fours and 3 sixes.

7. MS Dhoni's error in judgment or bad captaincy by Jadeja?

LSG required 34 off the last two overs to win the match with Lewis on 39*(19) and Badoni on 5*(4). Shivam Dube was handed the ball to deliver the penultimate over, and Badoni smacked the first ball for six. This spooked the young all-rounder and followed it with two wides outside the off stump. Lewis was back on strike for the 3rd delivery and after taking a double smacked two fours and six of the last three balls. Dube gave away 25 runs in the crucial over which brought down the equation to LSG requiring just 9 runs off the last over. This was Shivam Dube's first over in the match and was termed by experts as a blunder by Ravindra Jadeja and commentators even said that Jadeja could've bowled the penultimate over himself in the pressure situation.