IND vs BAN 3rd ODI: Ishan Kishan smacked a fabulous double ton while Virat Kohli notched his first ODI ton in the last 3 years, to script a bunch of records as India posted a massive 409. 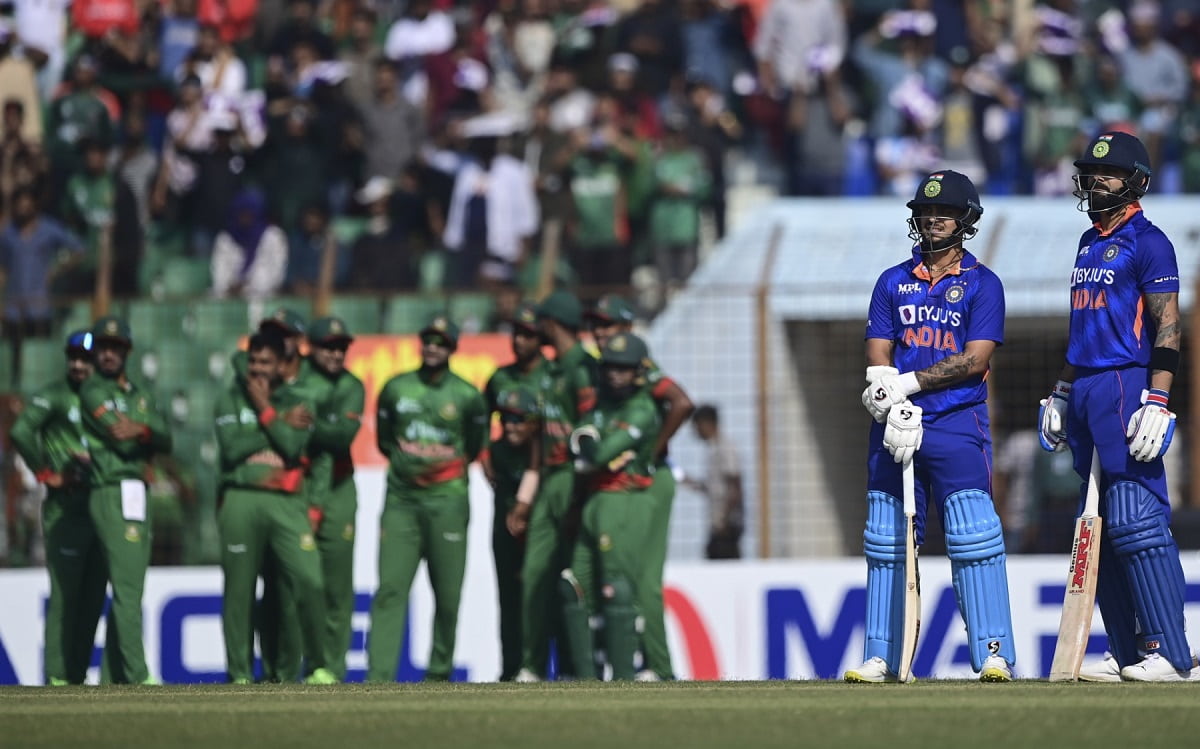 Ishan Kishan smacked a fabulous double ton while Virat Kohli notched his first ODI ton in the last 3 years, to script a bunch of records as India posted a massive 409 against Bangladesh in the 3rd ODI.

During this exhibition of swashbuckling batting on display, a number of records were created and broken as Ishan Kishan smacked 210 runs. Here are a few records that were created during the Indian batting in the IND vs BAN 3rd ODI.

1. Ishan Kishan becomes first batter ever to convert a maiden ton to a double ton

Ishan Kishan completed his double century off just 128 balls and recorded the fastest double hundred in ODIs. Chris Gayle earlier held the record with his 200 off 138 balls in the 2015 World Cup against Zimbabwe.

3. Highest Score by an Indian in overseas condition

Ishan Kishan also recorded the highest individual score by an Indian away from home. Previously, Virender Sehwag held this record with his knock of 175 runs against Bangladesh in 2011 at Mirpur during the ODI World Cup 2011.

4. Third batter to score a double ton away from home

After Fakhar Zaman and Chris Gayle, Ishan Kishan became only the third batter to score an ODI double ton away from home.

5. 4th Indian in ODIs and 12th Indian overall in List A to score Double ton

Ishan Kishan has registered his name amongst elites as he joins Sachin Tendulkar, Virender Sehwag and Rohit Sharma to become only the 4th Indian to score a double ton in ODIs.

Ishan Kishan, at the age of 25 became the youngest cricketer to smack a double ton in ODI cricket.

While Kishan smacked a double ton, Virat Kohli ended his ODI century drought after 3 years as he notched his 71st international ton, 44th in ODIs. Kohli and Kishan etched a partnership of 290 runs, which is the third-highest for India in ODIs. Rahul Dravid and Sachin Tendulkar hold the record for the highest partnership (331 runs) while Rahul Dravid and Sourav Ganguly (318) are placed second.