Vijay Hazare Trophy 2022: Here is a list of records made in the Tamil Nadu vs Arunachal Pradesh match on November 21st (Monday). 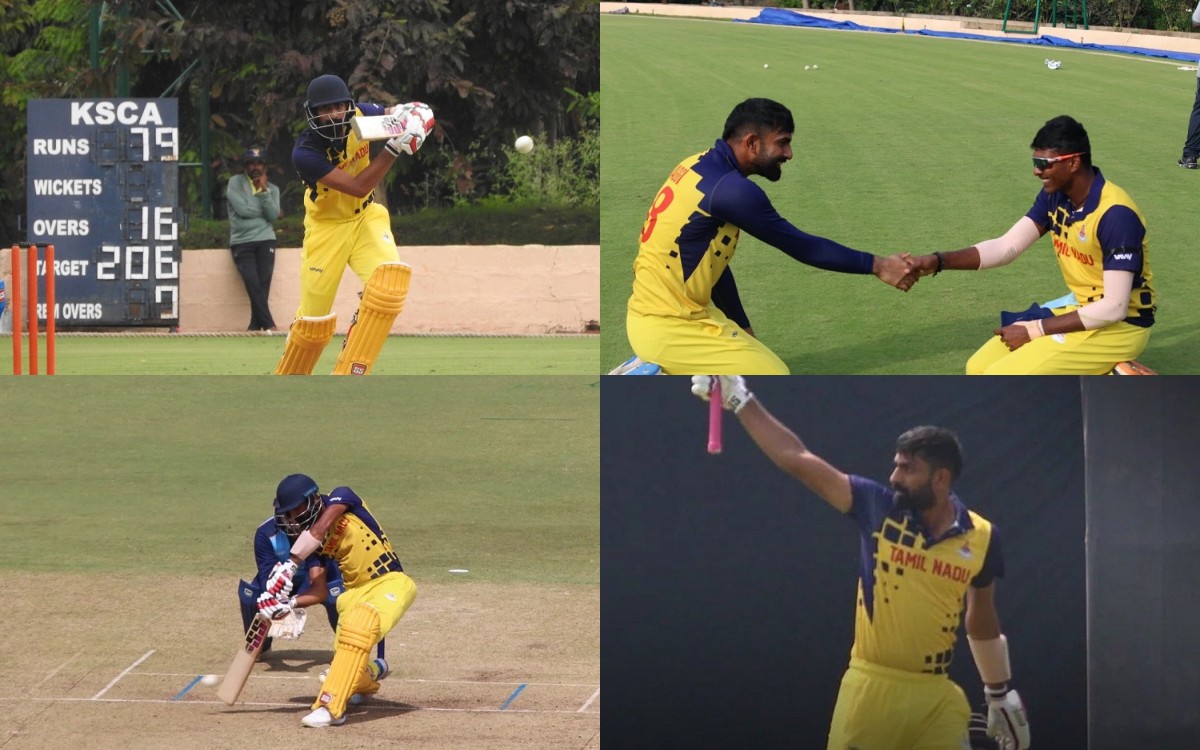 Here is a list of records made in the Tamil Nadu vs Arunachal Pradesh match on November 21st (Monday). 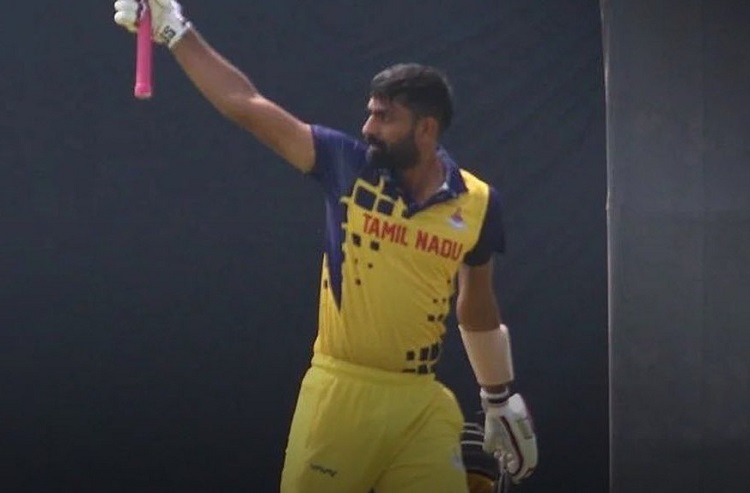 Opening the innings, N Jagadeesan smacked 277 runs in just 141 balls, laced with 25 fours & 15 sixes. N Jagadeesan maintained a tremendous strike rate of 196.45 during his knock, scoring 190 runs through fours & sixes only. This is the highest-ever individual score in List A cricket. Previously, this record was held by Alistair Brown who smacked 268 runs for Surrey against Glamorgan in 2002. 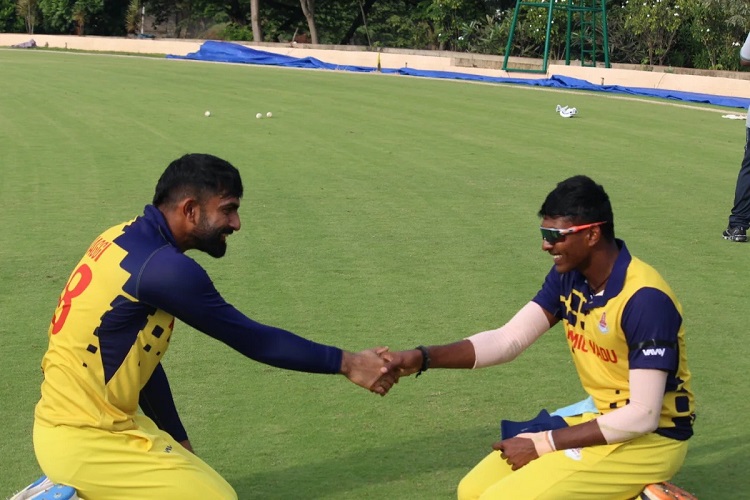 Jagadeesan's opening partner, B Sai Sudharshan smacked 154 runs in 102 balls at a strike rate of 150.98, including 19 fours & 2 sixes. The two in-form batters etched their 5th consecutive 150+ run partnership in Vijay Hazare Trophy and notched it up tremendously as the openers added 416 runs for the 1st wicket in 38.2 overs. This is the highest partnership ever in List A cricket. Prior to this, this record was held by Chris Gayle and Marlon Samuels, who etched =372 runs for the 2nd wicket in an ODI match against Zimbabwe in 2015. 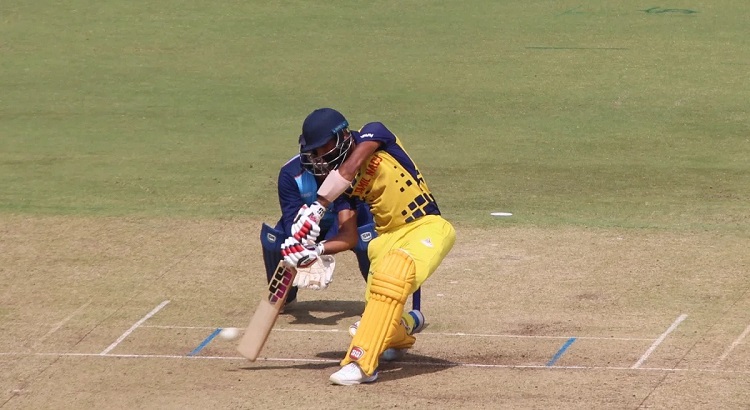 With this inning, N Jagadeesan scored his 5th consecutive ton and became the first batter ever to score 5 tons on a trot in List A cricket. Prior to this, Kumar Sangakkara, Alivro Petersen and Devdutt Padikkal jointly held the record with 4 consecutive tons to their name.

4. Most Centuries in a single Vijay Hazare Trophy season 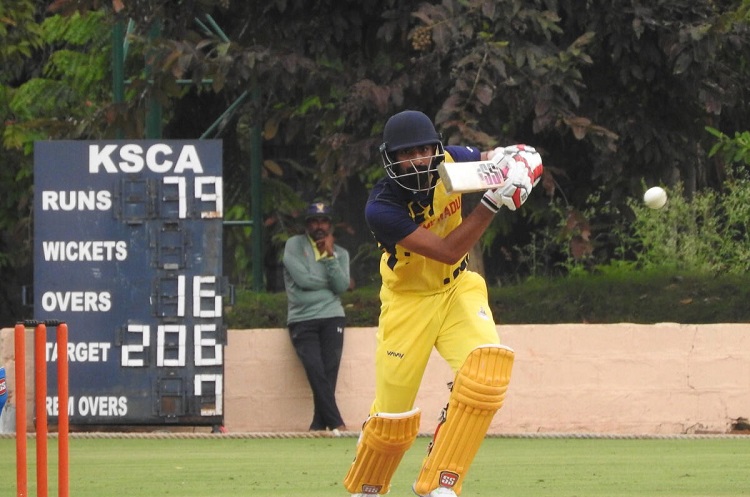 Courtesy of the tremendous opening partnership and an excellent knock by Narayan Jagadeesan, Tamil Nadu became the first-ever team to cross the 500-run mark in List A cricket history and posted the highest total ever. Tamil Nadu posted 506/2 in 50 overs against Arunachal Pradesh. Previously, the highest total ever was put up by England earlier this year against the Netherlands, where the English team posted 498/4 in 50 overs.

6. Biggest victory by a margin of runs

Tamil Nadu went on to bowl out Arunachal Pradesh for a meagre total of 71 runs and won the match by 435 runs. M Siddharth grabbed 5 wickets as Tamil Nadu registered the biggest win by a margin of runs in all of List A cricket. Prior to this, this record was previously held by the English club Somerset, who defeated Devon by 346 runs all the way back in 1990.

Extra: Most Runs conceded by a bowler

Apart from the records Narayan Jagadeesan and Tamil Nadu team achieved, there was an unwanted record made by an Arunachal Pradesh bowler. Leg-break bowler Chetan Anand gave away 114 runs in 10 overs, while he also managed to dismiss Narayan Jagadeesan. Previously, this undesired record was held by Australia's right-arm fast-medium bowler Mick Lewis who gave away 113 runs in a high-scoring ODI match between Australia and South Africa