Is Suranga Lakmal The Most Underrated Fast Bowler In Test Cricket Currently?

In the ongoing Sri Lankan tour of the West Indies, Suranga Lakmal currently leads the wicket-taking charts with nine wickets to his name while averaging 19.33. 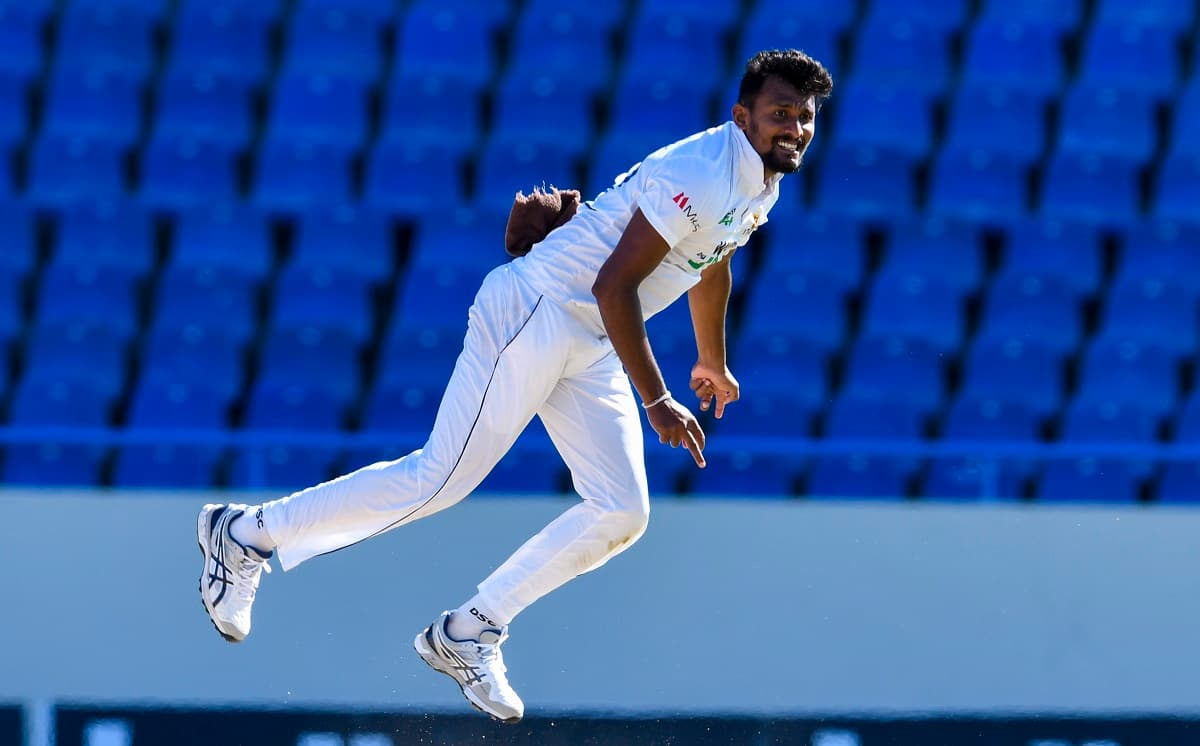 Lakmal has been around the Sri Lankan setup for a while now. He made his debut back in November 2010 and since then has played 64 test matches.


'He Is The Right Guy To Take Over Leadership In All Formats': Michael Clarke Names His Choice For Next Australian Captain

Overall, his numbers might look pretty normal for a test bowler, 160 wickets at an average of 36.60 and a strike rate of 72.8. However, in the last two years, Lakmal has the fifth-best bowling average - 19.73. Sri Lanka in these two years has played against the likes of South Africa, New Zealand, England, and Australia apart from West Indies and Bangladesh - both at home and away.

Since he has turned 30, Lakmal has had a complete turnaround in his career. It seems that he has taken the new ball in the second innings on a pitch that is offering seam as well swing. In 29 Matches since his 30th birthday, he has taken 80 wickets at an average of 27.98 with a strike rate of 62.9.

The age of 30 brings in a lot of change in a fast bowler's career.

All these three fast bowlers - Suranga Lakmal, Ishant Sharma, and James Anderson - made their debut in the previous decade and have the best bowling average in the last two years. Kyle Jamieson and Umesh Yadav are the other two bowlers. 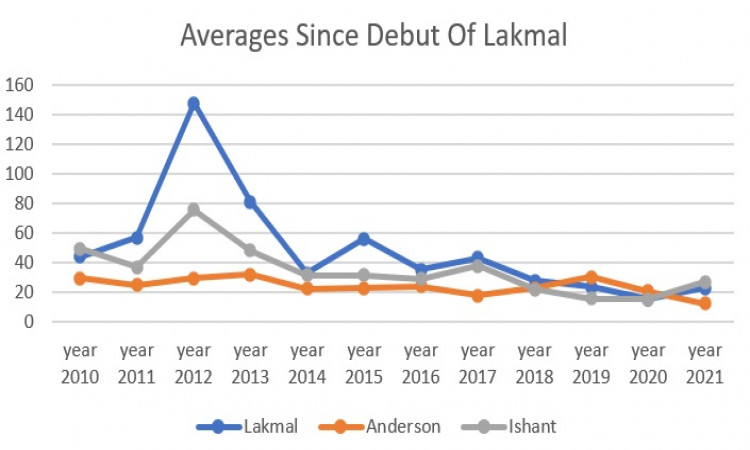 Lakmal has so far taken just four five-wicket hauls and might not catch the eye of the viewers when they look back at the fast bowlers of this decade. Yet, Suranga Lakmal has silently become the third best bowler for Sri Lanka in the last decade, and still, there is so much left for him as the second innings has only started and the ball is still new.