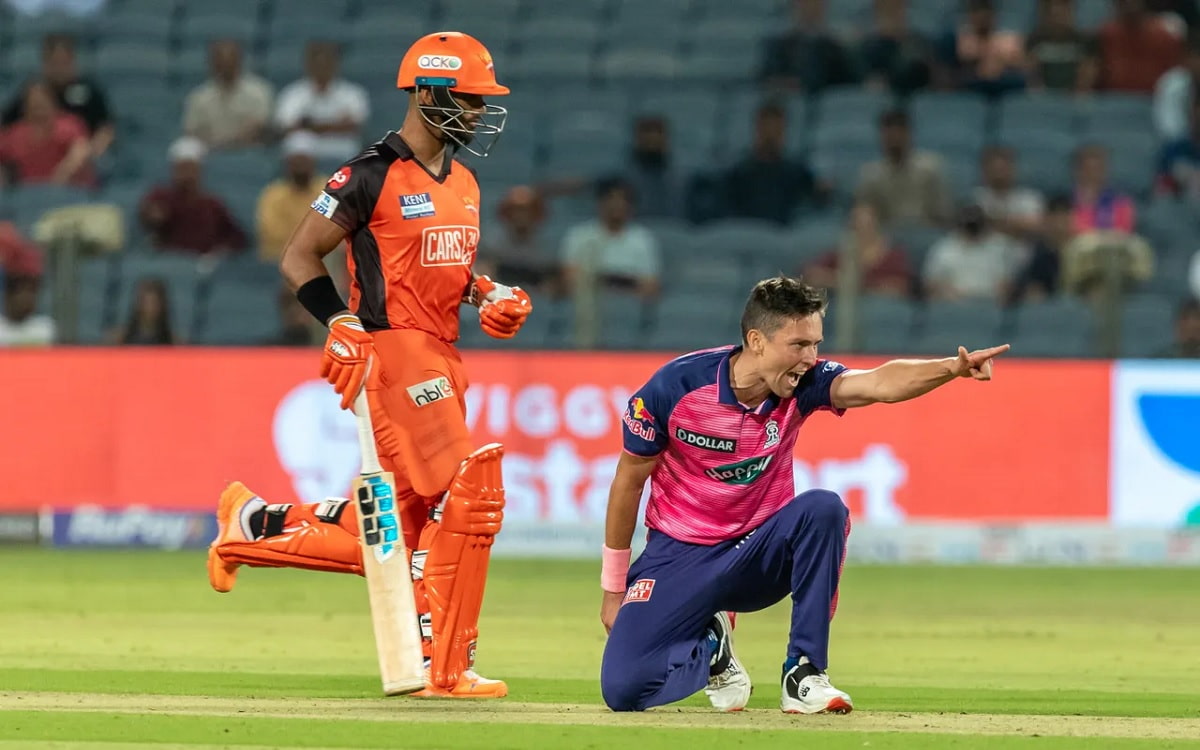 The 5th match of the IPL 2022 turned out to be a one-sided affair as Rajasthan Royals (RR) blew away Sunrisers Hyderabad (SRH) at Pune's MCA Stadium. RR handed a massive 61-run defeat to SRH to begin their season on a high.

Going by the early tournament trend, SRH opted to chase in Pune, hoping dew to play its part in the second inning. However, Pune doesn't get much dew in comparison to Mumbai and the ball often moves more in the second half.

1) Close But No Cigar

Bhuvneshwar Kumar bowled a near-perfect first over, keeping Jos Buttler in check with both in & out-swing. Bhuvneshwar's setup worked as he drew the edge straight to the slips but to Buttler's luck, it was a no-ball.

After three great overs in the powerplay, bowled by Bhuvneshwar-Romario Shepherd-Bhuvneshwar, Kane Williamson brought Umran Malik to bowl high pace vs Jos Buttler. It was a tactical blunder to feed Buttler a favorable match (150 SR, 51 Avg vs high pace). Buttler smacked 21 runs in that over.

Bhuvneshwar had been extracting swing in his first two overs and troubled both Buttler and Yashaswi Jaiswal with it, but Williamson got Washington Sundar to bowl in the fifth over. Jaiswal is a decent hitter of spin and bowling off-break to him in powerplay could have been avoided; another 18 runs came in that over. RR finished the powerplay with 58 runs.

3) Sanju Samson ahead of Devdutt Padikkal

RR's overall views of getting Padikkal when the top order is already a discussion of its own. Royals lost Jaiswal right after the powerplay and Sanju Samson walked in ahead of Padikkal. It was the correct move.

Samson came in to keep spin SRH's spin in check and he nailed that role, smashing 40 runs in 15 balls - a strike rate of 266.67. His presence in the middle meant SRH couldn't sneak spin over in between and had to bring pacers back in the game.

Padikkal was given a new role coming in at number four. Although he started slow but smacked pace and ended up scoring 41 off 29 balls.

4) Nicholas Pooran Ahead Of Aiden Markram

As expected in the second half, the new ball moved and Prasidh Krishna's hard lengths got Kane Williamson and Rahul Tripathi out early in the chase of 211.

Nicholas Pooran isn't the best when it comes to facing a moving ball early in the innings but SRH sent the West Indian ahead of a better-equiped vs pace batter - Aiden Markram. Pooran scored a nine-ball-duck and got out inside the powerplay.

Seeing Prasidh Krisha extracting movement and troubling the SRH batters, Sanju Samson gave him another over in the powerplay, unlike Williamson.

With Pooran out and SRH looking to rebuild, Samson had no problem in bowling both Yuzvendra Chahal and R Ashwin in tandem. Had Pooran been there in the middle, Samson would have to rotate his spinners.

Even though SRH had lost the battle, Washington Sundar's entertaining knock will be a big positive for the management. Sundar smacked 40 runs in 14 balls coming in the 16th over.