IPL 2022: Retained Players Who Failed To Concrete Their Place In Playing XI

IPL 2022: List of Retained players who were benched after playing just a few matches. 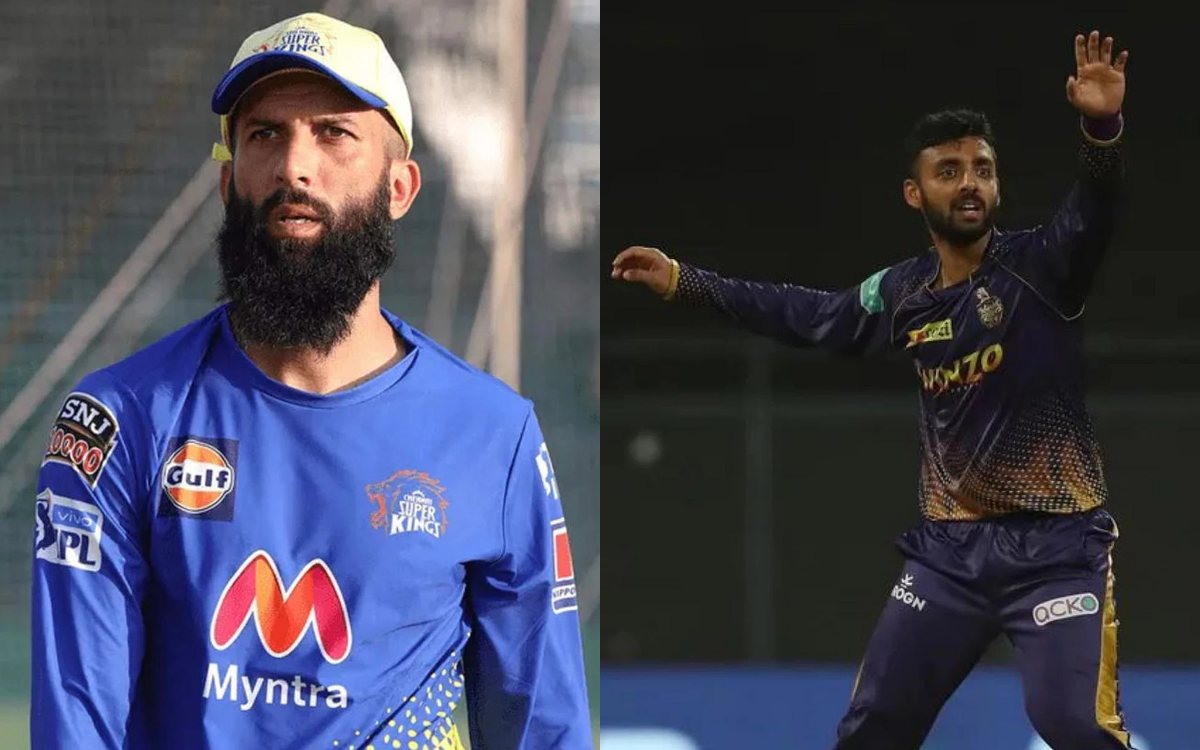 On the other hand, the two new franchises - Gujarat Titans & Lucknow Super Giants occupy the top two spots on the table at the moment.

Before the tournament started, a mega auction was held where the franchises had to rebuild their side, with only a maximum of four retentions allowed and no Right-to-match. The two new franchises were allowed 3 draft picks ahead of the IPL 2022 mega auction.

However, some of the retained players have failed to make an impact till now in the tournament and have even lost their place in the playing XI of their respective franchises.

Here are the retained players who have failed to be regular in the playing XI.

The English all-rounder cemented his place with the Chennai Super Kings as he replaced Suresh Raina and became a viable #3 batter for the team. However, Moeen Ali failed to perform with the bat in this season, registering mere 87 runs to his name in 5 matches with only two double-digit scores to his name.

While with the ball, Moeen has bowled 8 overs in the tournament and has gone wicketless for 68 runs, at an economy of 8.50. The all-rounder was retained by CSK at a price of 8 crores INR.

KKR retained mystery spinner Varun Chakaravarthy after stellar performances with the ball, picking up crucial wickets as Kolkata finished runners up in IPL 2022. However, Varun managed just 4 wickets in the 8 matches this season, going for 247 runs at an economy of 8.82. He was finally benched in KKR's 9th match as Mohit Rana was brought in.

KKR retained Varun Chakaravarthy for 8 crores INR ahead of the IPL 2022 mega auction.

South African pacer Anrich Nortje was suffering from injuries for a long time as he made his comeback after the season started. However, he was benched after a match and has still not been able to regain his place in the playing XI owing to fitness.

Nortje went for 35 runs in the only match he played, where he bowled just 14 deliveries. The South African pacer was retained for 6.50 crores INR ahead of IPL 2022 mega auction.

Sunrisers Hyderabad made the most shocking retentions - Kane Williamson, Umran Malik & Abdul Samad. Releasing the likes of David Warner, Jonny Bairstow & Rashid Khan, SRH went with two youngsters. While Umran Malik has been a sensation after the first four matches, picking up wickets in the middle overs, Abdul Samad failed to leave a mark.

The explosive batter from Jammu scored mere 2 runs in the 2 matches he played and was benched after that for all-rounder Shashank Singh. Samad was retained for 4 crores INR ahead of the IPL 2022 mega auction.

A young rising start, Yashasvi Jaiswal was set to open the innings for Rajasthan Royals with an experienced explosive batter from England, Jos Buttler. Jaiswal played the first three matches and managed just 25 runs in the 24 balls he faced. The youngster was then benched to give the opening slot to Devdutt Padikkal, who was bought by RR for 7.75 crores INR.

Jaiswal was retained for 4 crores INR by Rajasthan Royals ahead of IPL 2022 mega auction.