Special: India should be in a better frame of mind in Sydney 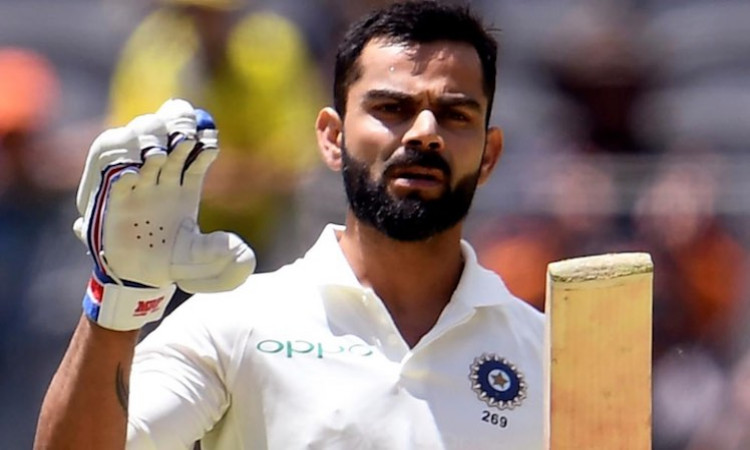 Jan.1 (CRICKETNMORE) - Australia are not used to losing a series at home and India have never won one Down Under ever since the two countries started playing Tests over 70 years ago.

Up 2-1 going into the last match in Sydney, starting Thursday, India should be in a better frame of mind than the Australians, having made sure that the Border-Gavaskar stayed with them even if the series ends in a 2-2 draw. They can press home the advantage to clinch it 3-1.

The Indians have no problems even with the form of their mainline batsmen. Those who did not get big runs have done enough to blunt the Australian attack to back their bowlers who have created record after record during the year gone by.

One thing is for sure, India will be going into the Sydney Test with a fifth bowler. It is not clear whether they include an additional spinner in the form of Ravichandran Ashwin, if fully fit, or Kuldeep Yadav to befuddle the Australian batsmen struggling to find form.

It could even be the pace-bowling all-rounder Hardik Pandya if the curator listens to the Australian bowlers to leave a lot of grass for the ball to move and bounce.

The Sydney pitch is known to assist spinners and so it should be Ashwin who can be classified as an all-rounder, having scored four Test hundreds and 11 fifties.

He was out in the indoor nets with the team's physio Patrick Farhart to see whether he has fully recovered from his abdominal strain that kept him out of the Melbourne Test.

Since the vacancy in the team is created by Rohit Sharma going home to be with his wife and their new-born first child, a daughter, Kohli might even think of getting a batsman, thus gambling one final time with either Lokesh Rahul of Murali Vijay, pushing Hanuma Vihari to No 6 in the order. That would be a defensive move. Ideally, they should go with a bowler who can bat adequately, like Pat Cummins does for Australia.

The Australian think-tank has been trying to explain away their defeats, playing mind games by saying the difference between the two teams is the batting of Cheteshwar Pujara and Virat Kohli.

Skipper Kohli has a different take and rightly pointed out that it's not stop-gap opener Vihari's runs but the time he has spent out in the middle to see off 16 overs of the new ball that helped him and Pujara stitch a big partnership in the first innings in Melbourne.

The Australians have other excuses, too. They think they got to both bowl and bat in unfriendly conditions during the Test on a drop-in pitch. They also think the absence of their disgraced captain Steve Smith and his deputy David Warner made a big difference. Add to it, they think, the inexperience of their batsmen has also not helped.

Skipper Tim Paine underscored the point, saying the Indian side would struggle too if they were without his counterpart Kohli or Cheteshwar Pujara.

Paine ruefully said: "If you took Pujara and Virat out of India's side I think you would have the same conversation. If you have got world-class players that are not in your team, are they going to add to our team?""

Come to think of it, Shaun Marsh is 35 and played 37 Tests, Usman Khawaja, 32, played 38 Tests and Mitch Marsh, 27, played 31 Tests. Along with Aaron Finch and Travis Head they all have come from decent domestic performances.

Paine may have played only 18 Tests, but at 34 he has played enough Sheffield Shield cricket. His experience is shown both in his steady batting and safe keeping.

Their main problem is the poor form of Khawaja, their best batsman. He had no clue how much Ashwin or Ravindra Jadeja are turning or spinning the ball and that made things difficult for the top-order batsmen to cope with the pressure. Now they want him to open the innings in Sydney so that he could settle down by the time the spin is introduced.

There was a time when the cricket world used to talk about the quality of Australia's Sheffield Shield with just six teams providing stiff competition. Indian cricket administrators thought the Ranji Trophy was unwieldy and toyed with the idea of making the top rung restricted to six to eight teams.

They tried to differentiate by calling the top teams as Elite Group and the rest Plate. But the segregation was opposed by many states in a democratic set-up.

Now the Australians are looking at their Sheffield Shield afresh what with the Big Bash Twenty20 league getting more attractive. The people are now talking about the virtues of India's domestic cricket.

Jasprit Bumrah, the most successful bowler of the series with 20 wickets in three Tests, including nine from Melbourne, gave credit for pitches back home for Indian fast bowlers to get the ball to reverse swing.

Bumrah could adjust to conditions in South Africa, England and in Australia to return as the highest wicket-taker in 2018 with 48 wickets from 22 Tests. He also has 30 wickets from the shorter formats and he is getting better with each match.

The Australian fast bowlers blame it on the abrasive nature of the pitch on the last three days helped the Indian bowlers, but are silent what triggered the Indian collapse in the second innings and Cummins getting nine wickets in the match.

The debate on pitches and bowling will continue.