Yuzvendra Chahal delivered a match-winning performance in the 3rd T20I after being ineffective in the first two T20Is between India and South Africa. 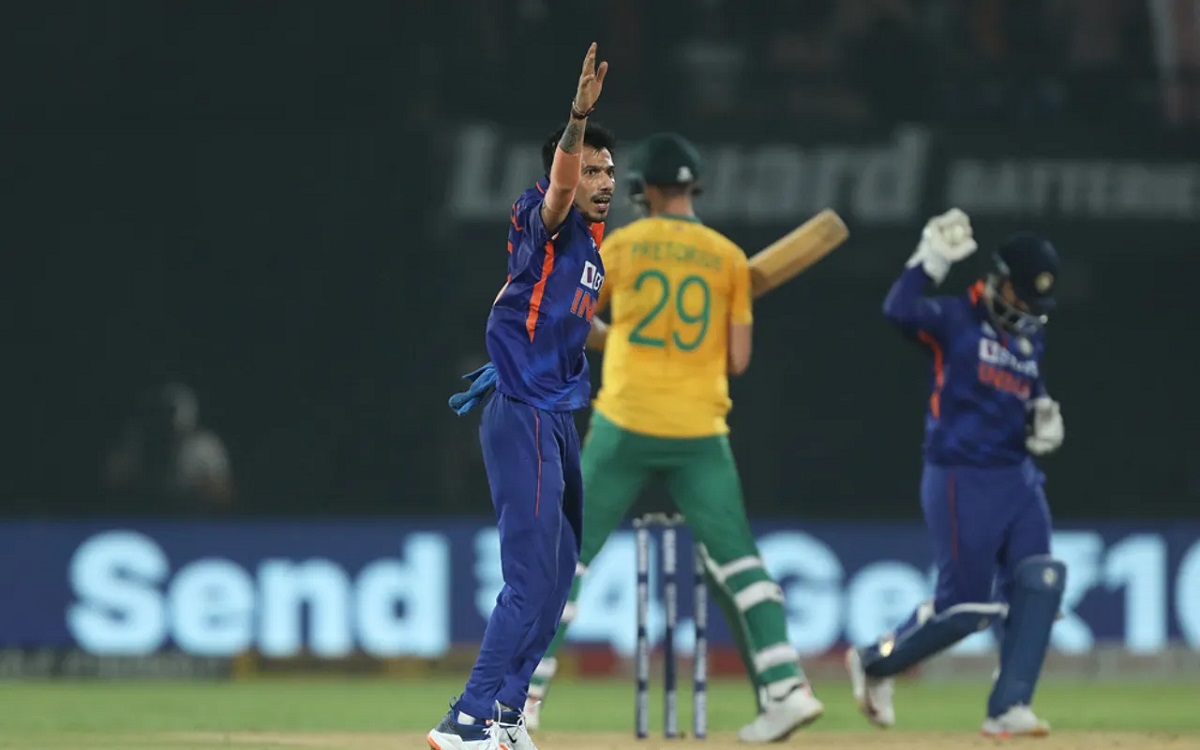 Finally, a win against the Proteas in 2022, team India bounced back to stay alive in the 5-match T20I series. India defeated South Africa by 48 runs in the third T20I to deny the tourists an unassailed lead in the bilateral series. Yuzvendra Chahal, who had a forgettable outing in the first two T20Is, made a comeback and was adjudged 'Player of the Match' for his bowling.

Chahal ended India's middle-order bowling woes as he grabbed 3 wickets, dismissing Rassie van der Dussen (1) in the 7th over, Dwaine Pretorius (20) in the 9th over and Heinrich Klaasen (29) in the 15th over, while giving away just 20 runs in 4 overs.

In the first match, Yuzvendra Chahal gave away 26 runs in just 2.1 overs while giving away 49 runs in 4 overs in the second T20I with one wicket to his name. The fans targetted the IPL 2022 Purple Cap winner for rueful performances in the international circuit, yet the player performed in a way that got him to the 'Player of the Match' award.

So, what changed for the bowler? In the post-match presentation, Chahal said, "I was bowling a lot of flippers in the first two games as well as a bit fast. So even when I was bowling good deliveries, I wasn't getting any turn and it was going like a flipper".

Yuzvendra Chahal gave away just two runs in the first over and went on to dismiss Rassie van der Dussen in the next over caught behind as the batter went for a cut. Dwaine Pretorius was dismissed in a similar fashion, trying to cut a fast leg break, only to edge it to Pant.

South Africa were struggling at 57/4 after the 9th over, but the South African hero from the second T20I, Heinrich Klaasen, had smacked 74 runs off 28 deliveries against Chahal before Tuesday. This time around, Chahal kept Klaasen guessing with his varying lengths.

When Chahal was brought back into the attack in the 15th over, the wise spinner tossed one up wide outside off. With the required run rate at 15.00, Klaasen had no option other than to go for it. The batter ended up miscuing the shot and Axar Patel completed the catch backpedalling from extra cover.

"My strength is to turn the ball, to get it to dip. I strayed from that itself. So it became very easy for batsmen as the ball was just going straight."

Chahal also opened up on about his economy remaining on the higher side for some of the games. "The plan was to just bowl to my strength. I was anyway going for runs, but if I bowl to my strength and still go for 40-45 runs, I would pick up at least three wickets too, which didn't happen in the last game. And when you dismiss two batsmen in the middle order, the pressure shifts on the batting side."

With this win, India have brought the series scoreline to 1-2 in the favour of the tourists with two matches yet to played. The 4th T20I will be played on June 17th (Friday) at Saurashtra Cricket Association Stadium, Rajkot followed by the final T20I to be played at M. Chinnaswamy Stadium, Bangalore.