Forget SRH vs RCB, It Will Be Rashid Khan Against The Batting Powerhouse Of Bangalore

Royal Challengers Bangalore(RCB), despite not winning a single IPL Trophy so far, is one of the most entertaining teams of the T20 league. One of the reasons being the batting lineup they choose, which is almost always filled with stars. 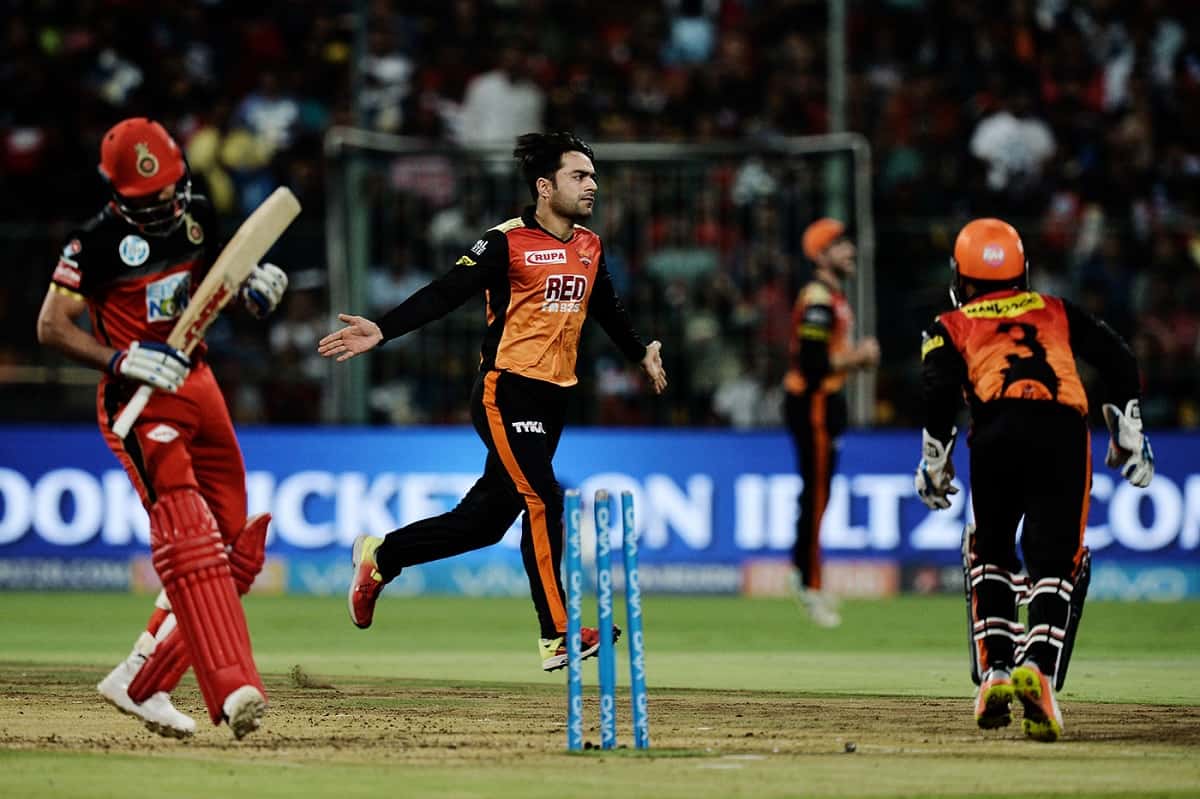 There is a pattern for every season where Virat Kohli and AB de Villiers, the two pillars around which the RCB batting revolves around, are joined by at least one more star batsman. Be it, Shane Watson, Corey Anderson, or now Glenn Maxwell.


India Women To Tour England For A Full Fledged Series, One Test Included

The trio of Kohli, de Villiers, and Maxwell looked in good touch in their season opener against Mumbai Indians last week. This year RCB is looking balanced and well planned on how they will be going about things this season. For example, sending AB de Villiers as a finisher in the last game, a great idea they thought of in the last season as well but couldn't get the expected results.

For now, RCB will be facing Sunrisers Hyderabad(SRH) in their next game at Chennai and all eyes will be on the batting trio as they will be facing a difficult task to face Rashid Khan - one of the best T20 spinners currently.

RCB has brought in Glenn Maxwell at the number 4 position where he will mostly be playing the middle-overs and try to accelerate the run rate during that phase - an area where the team badly needed an improvement.

The leg-spinner has a great record against the trio of Kohli, de Villiers, and Maxwell in IPL. Rashid has got the wicket of ABD twice in IPL. The South African has scored 40 runs against him in 37 balls overall - a strike rate of 108.11. Maxwell also struggles against Rashid Khan as he has only managed to score 10 runs in 19 balls - an alarming strike rate of 52.63.

Virat Kohli, too, hasn't done well against Khan. He has scored 18 runs against him in 19 balls he faced and got out once.

The reasons why Rashid Khan is hard to score are because of his accuracy, variations, and speed. In the given graphic, one can see how consistently Rashid has pitched ball around the off-stump and at hard lengths. 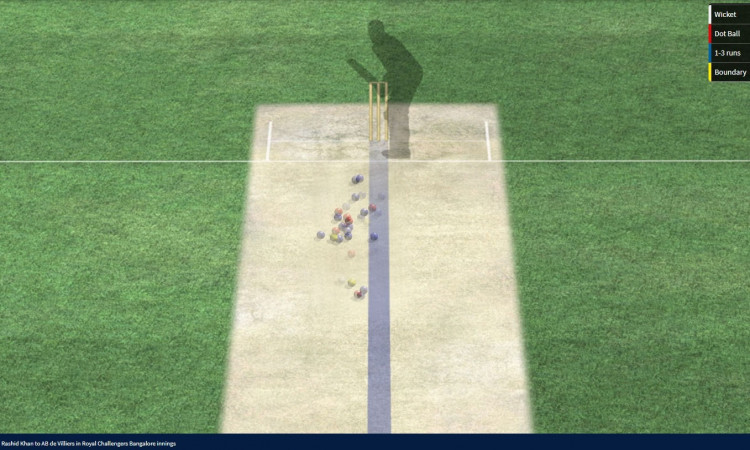 None of the three star batsmen have been able to freely score runs against him. Almost 90% of his deliveries are bowled at a speed of more than 90 kmph, which gives the batsmen less time to read the ball.

With the Chennai pitch, which has assisted spinners in the past, Rashid Khan will be once again a challenge for the RCB batsmen and especially the trio - Kohli, ABD, and Maxwell to get runs against him.

The RCB's strategy of accelerating in the middle overs could get affected if Rashid Khan continues to hit his length. It will surely be an exciting contest to see on 14th April, Wednesday when the two teams meet.