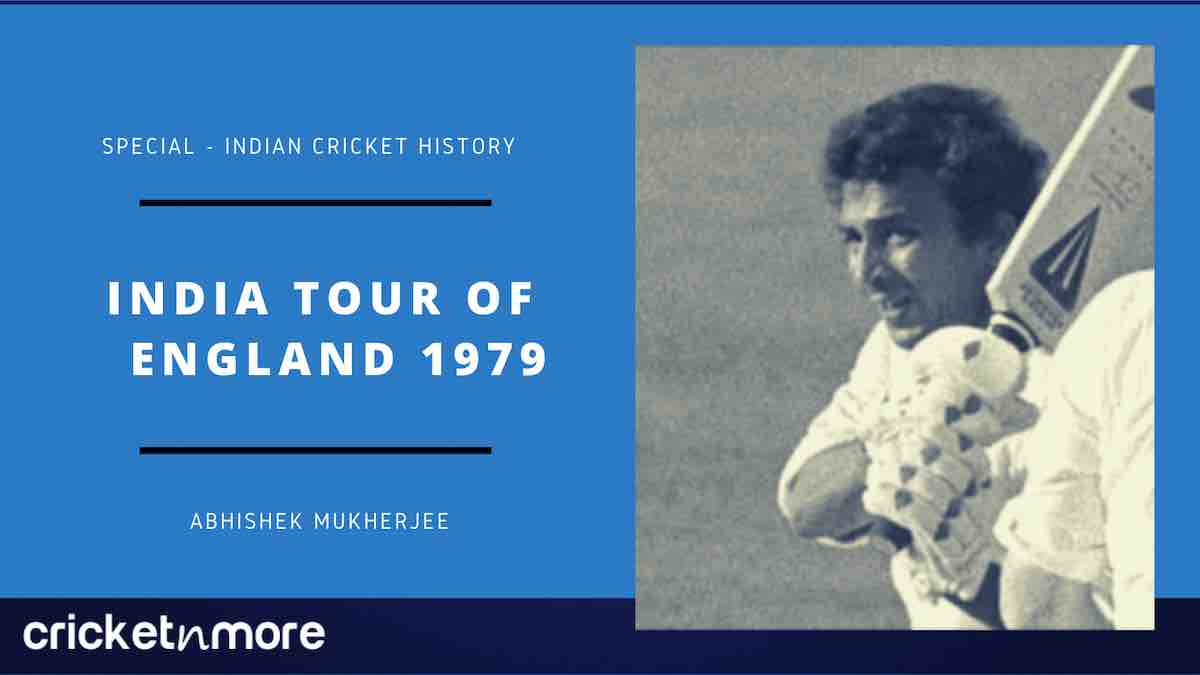 The Indian spinners – Bishan Bedi, Bhagwat Chandrasekhar, and EAS Prasanna – had been thrashed on their 1978/79 tour of Pakistan the previous winter. It ended Prasanna's career, and both Bedi and Chandra played their last Test matches on the 1979 tour of England that followed.

India were led by Srinivas Venkataraghavan, the only remaining member of the spin quartet, who would play Test cricket for another four years. India lost three matches in the World Cup, against West Indies, New Zealand, and Sri Lanka. At that point Sri Lanka did not have Test-playing status.

They had an ordinary start to the Test series, losing by an innings at Edgbaston. Then, at Lord's, they were bowled out for 96 and allowed England to pile on 419/9. With over a day's cricket left, defeat loomed. But Dilip Vengsarkar (103) and Gundappa Viswanath (113) had other ideas. They added 220 for the third wicket in five hours 20 minutes to save the Test match.

The Headingley Test was hit by rain, and the series was still alive when the teams arrived at The Oval. Mike Brearley set India 438, and India took the challenge. Sunil Gavaskar and Chetan Chauhan ended Day 4 on 76 without loss. They needed 362 on the final day in six hours.

Now, on the final morning, Mike Hendrick pulled a shoulder muscle and was ruled out of the option. Chauhan scored 80 in an opening stand of 213, but Gavaskar continued in the company of Vengsarkar. At tea India needed another 134 with the pair still there. The target came down to 110 in 20 overs.

The crowd mobbed Gavaskar when he reached his double hundred. At this stage India slowed down a bit, and they needed 73 in 12 overs. Then Vengsarkar fell. The target was still gettable, but despite Gavaskar looking in great touch, Venkat held back the in-form Viswanath.

The inexperienced Kapil Dev (who had a wonderful series with the ball) fell for a duck. And now Venkat sent Yashpal Sharma ahead of Viswanath. With 49 to score in 48 balls, Gavaskar finally fell for 221.