Here is the best playing of Asia Cup 2022, which includes four players from Sri Lanka, three players from Pakistan and two each from India and Afghanistan. 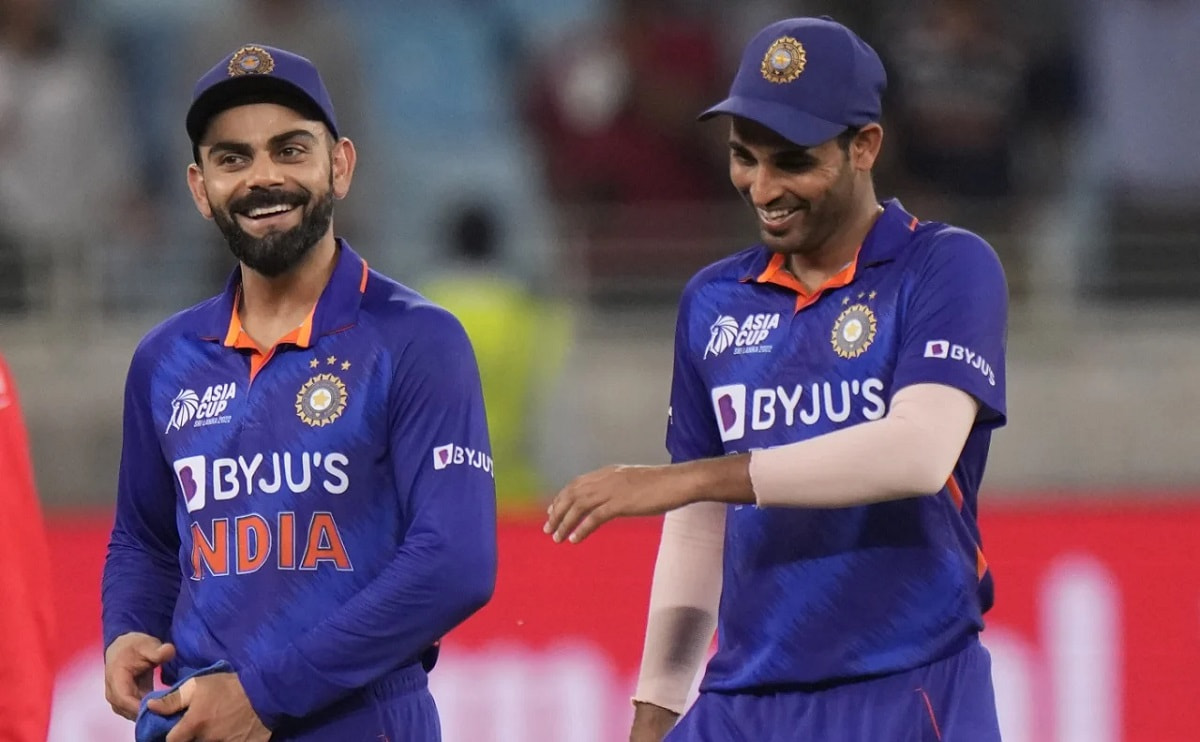 An unexpectedly Asia Cup 2022 tournament saw six matches which went down the line to the last over, a 5-wicket haul, and plenty of edge-of-the-seat thrillers. Asia Cup concluded as the least favourite team at the start of the tournament, Sri Lanka, won the tournament in style after losing the first match against Afghanistan.

With plenty of players shining and coming up for their team in the battle between Asian giants, plenty of all-rounders and bowling firepower made their mark along with the batting.

Here is the best playing of Asia Cup 2022, which includes four players from Sri Lanka, three players from Pakistan and two each from India and Afghanistan.

Sri Lankan opener Kusal Mendis ended their tournament with ducks in the last two matches but was a key player in his team reaching the finals. His excellent stroke playing and fiery approach helped Sri Lanka chase down targets of 184, 176 & 174 against Bangladesh, Afghanistan and India respectively. This is also a big plus for Sri Lanka regarding their opening woes in the upcoming T20 World Cup 2022 in Australia.

Afghan explosive opener Rahmanullah Gurbaz started off the Asia Cup 2022 with a swashbuckling 18-ball-40 against Sri Lanka in a winning cause. The opener managed to smack 152 runs in the tournament while striking at 163.44. However, Gurbaz had a bad end to his tournament as he was dismissed for a duck against India.

Indian batting stalwart Virat Kohli ran into good form as he smacked two fifties and then, finally his 71st ton. Even though he had a scrawny start to the tournament, the former Indian captain found form slowly and finally registered his much-awaited ton, and finished as the second highest run-getter in the tournament with 276 runs at a strike rate of 147.59.

Afghanistan, a team credited for their big-hitting and spin variations, was provided stability in the form of Ibrahim Zadran. Even though he's a top-order batter, had to adjust to the middle order and started responsible anchoring as the big hitters around him got space to score big. Zadran smashed a 42* against Bangladesh along with knocks of 40 and 64* against Sri Lanka and India respectively, finishing with 196 runs at a strike rate of 104.25.

Sri Lankan explosive batter, who had retired 9 months ago and was brought back, showed up with the bat in an impressive way in the final of the Asia Cup 2022. After Lanka were at 58/5, Rajapaksa displayed an excellent batting performance along with Wanindu Hasaranga, taking the team total to 170/6 which ended up as a winning total.

Sri Lankan captain Dasun Shanaka scored 111 runs at a strike rate of 138.75 and managed 2 wickets. Moreover, the captain took a young team, devoid of any 'superstars', to the title after beating all the opposition. Shanaka also played key roles in two matches - a 33-ball-45 against Bangladesh, and then against India, he dismissed Suryakumar Yadav and Hardik Pandya, following up with an 18-ball-33 to confirm the final berth for Sri Lanka.

Pakistan spin all-rounder Mohammad Nawaz was a useful asset for the Pakistan team and was used wisely by captain Babar Azam by bringing him on flexibly. Nawaz proved his mettle with the bat after getting promoted to #4 in batting against India, where he thrashed the two Indian leggies. His 20-ball-42 runs helped Pakistan to a key win against rivals India to confirm their final berth.

Sri Lankan all-rounder Wanindu Hasaranga was adjudged the 'Player of the Tournament' for his fabulous performance in the tournament. The spinner picked up 9 wickets at an economy of 7.39. However, he played an impactful knock with the bat as he scored 36 runs off 21 balls, etching a partnership of 58 runs in 36 balls. Hasaranga was very effective with the ball throughout the tournament, finishing as the second-highest wicket-taker in the tournament.

Regardless of leaking runs in the death overs, Bhuvneshwar Kumar was still as effective with the ball, picking up 11 wickets at an impressive economy of 6.05. In the dead rubber match against Afghanistan, Bhuvneshwar displayed magical bowling as he picked up 5 wickets for just 4 runs along with a maiden in 4 overs. His best performance, however, was in India's first match against Pakistan where the bowler picked up 4 wickets and restricted Pakistan to a low total along with Hardik Pandya's 3 wickets.

The opposition had a hard time playing the Pakistan bowlers with the new ball, but Haris Rauf extended this discomfort as he bowled hard lengths in the middle. Combined with pace, Rauf was very effective, showcasing it when he cleaned up Danushka Gunathilaka with a 151KPH fiery delivery. Rauf finished the tournament with 8 wickets to his name at an economy of 7.65.

Young Naseem Shah was the pace sensation for the Pakistan team, picking up important wickets in the first match against India. The bowler cleaned up Kusal Mendis in the final with a late curve that sent the off-stump cartwheeling. Naseem also reminded of Javed Miandad as he smacked two back-to-back sixes against Afghanistan in the last over thriller in Sharjah.