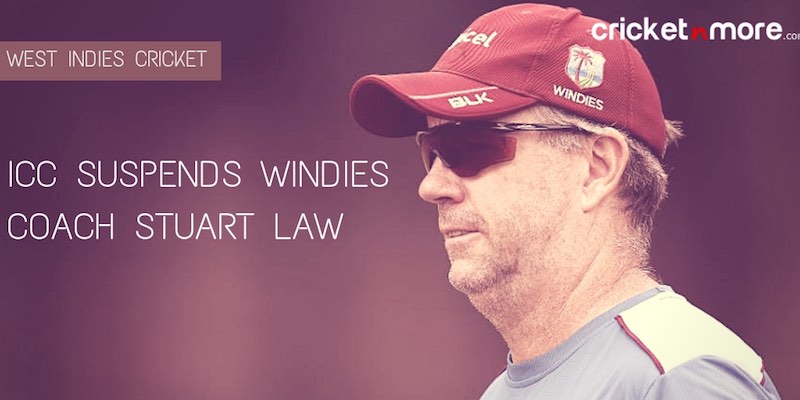 Oct.16 (CRICKETNMORE) - The West Indies’ coach Stuart Law has been suspended for his side’s upcoming two One-Day Internationals against India following a breach of the ICC Code of Conduct.

He has received a 100 percent fine and three demerit points. This means his accumulated demerit points reached four within a 24-month period leading to the two-match ban.

On Monday, Law admitted the offence and accepted the sanction proposed by Chris Broad of the Emirates Elite Panel of ICC Match Referees and, as such, there was no need for a formal hearing.