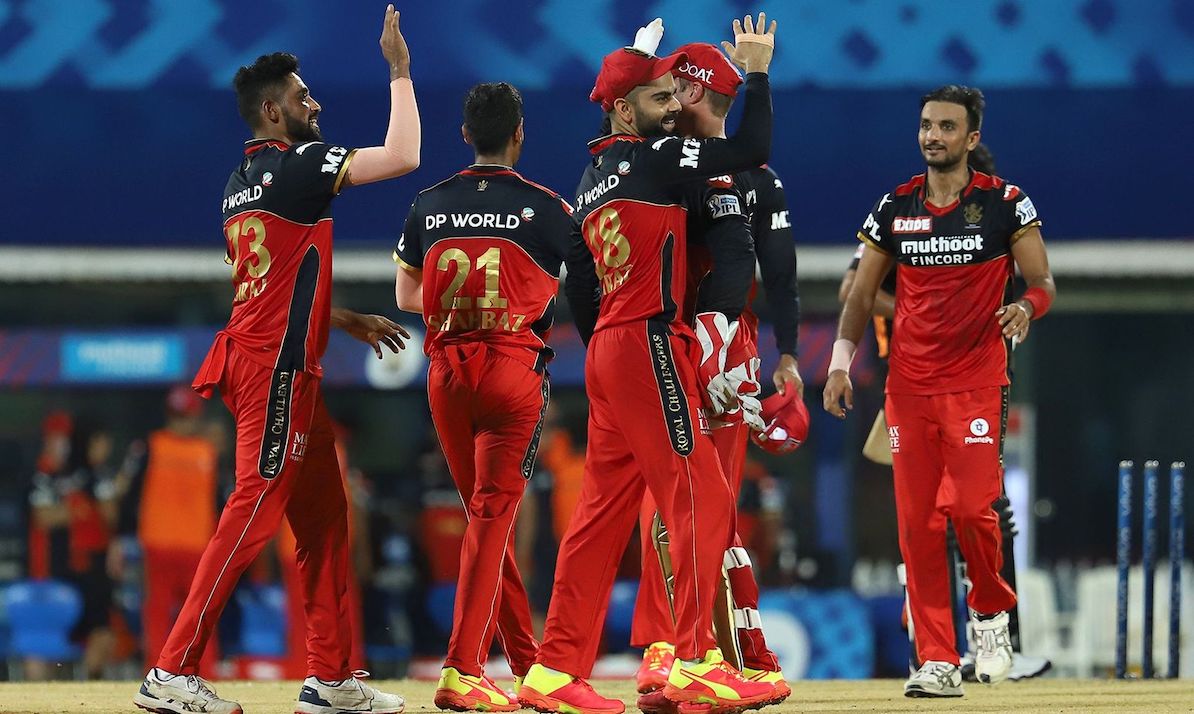 Royal Challengers Bangalore defeated Sunrisers Hyderabad by 6 runs in the sixth match of the IPL 2021. After the win, RCB reached top of the table with two wins in two matches. Virat Kohli said, "To be very honest, we are not over-excited with wins this season. We have plans. We traded Harshal from Delhi, gave him a specific role and he's doing a great job."

About how close the match was, Kohli said, "You are never really out of the game in these conditions. The extra bowling options made those impact performances in the middle overs. I told the guys don't think that we struggled to get to 149. If it was tough for us, it will be tough for them as well. Our execution under pressure was spot on. It kept getting tougher and tougher with the old ball. I think Maxi's innings was the difference for us."