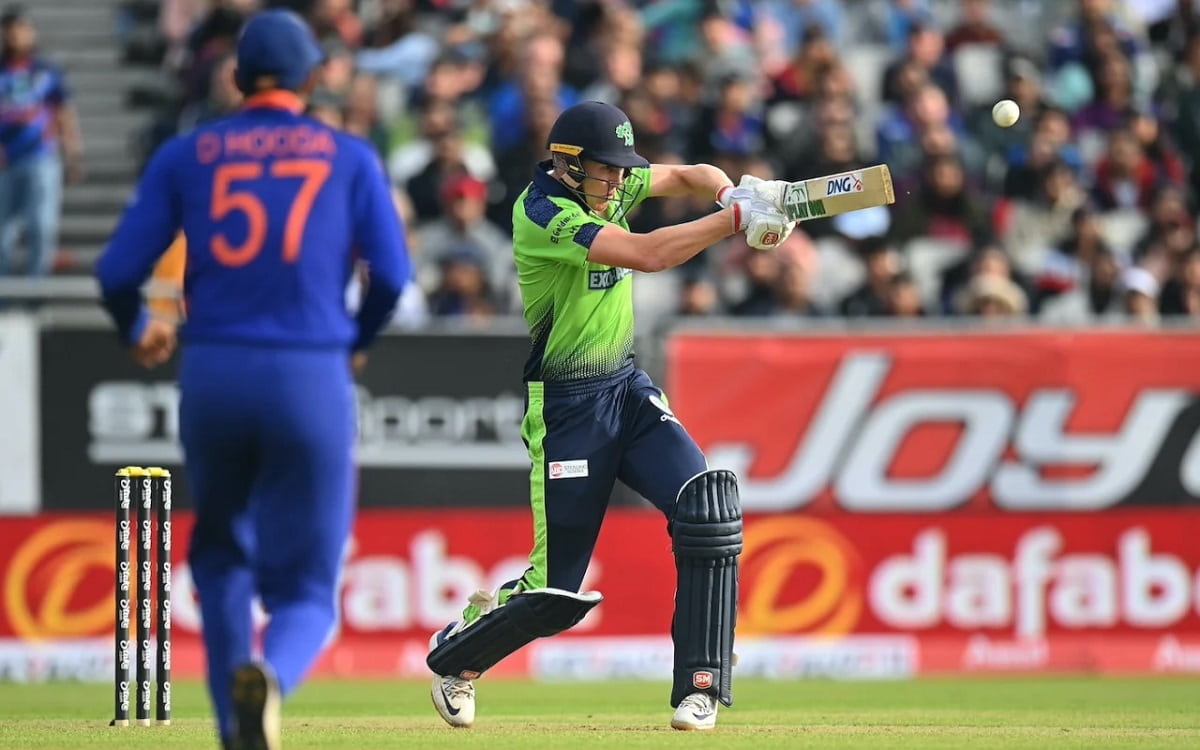 IRE vs IND 1st T20I: Harry Tector played a good responsible knock the bat, taking Ireland to 108/4 in 12 overs against India in the first T20I after the start was delayed due to rain.

Bhuvneshwar Kumar picked up the important wicket of captain Andrew Balbirnie for a duck in the first over. Indian captain Hardik Pandya dismissed explosive batter Paul Stirling in the next over and the Irish looked in a spot of bother.

Gareth Delany was dismissed by Avesh Khan in the 4th over as Ireland lost 3 wickets for just 22 runs. However, Harry Tector etched a partnership of 50 runs with Lorcan Tucker (18) for the 4th wicket.

Tucker was dismissed by Yuzvendra Chahal in the 9th over. However, Tector continued with his blazing batting and smashed Indian bowlers all around the park. Harry Tector finished unbeaten for 64 runs in 33 deliveries with 6 fours & 3 sixes.

Earlier, Indian captain Hardik Pandya won the toss & opted to bowl first against Ireland in the 1st T20I. This match is being played at The Village, Dublin.