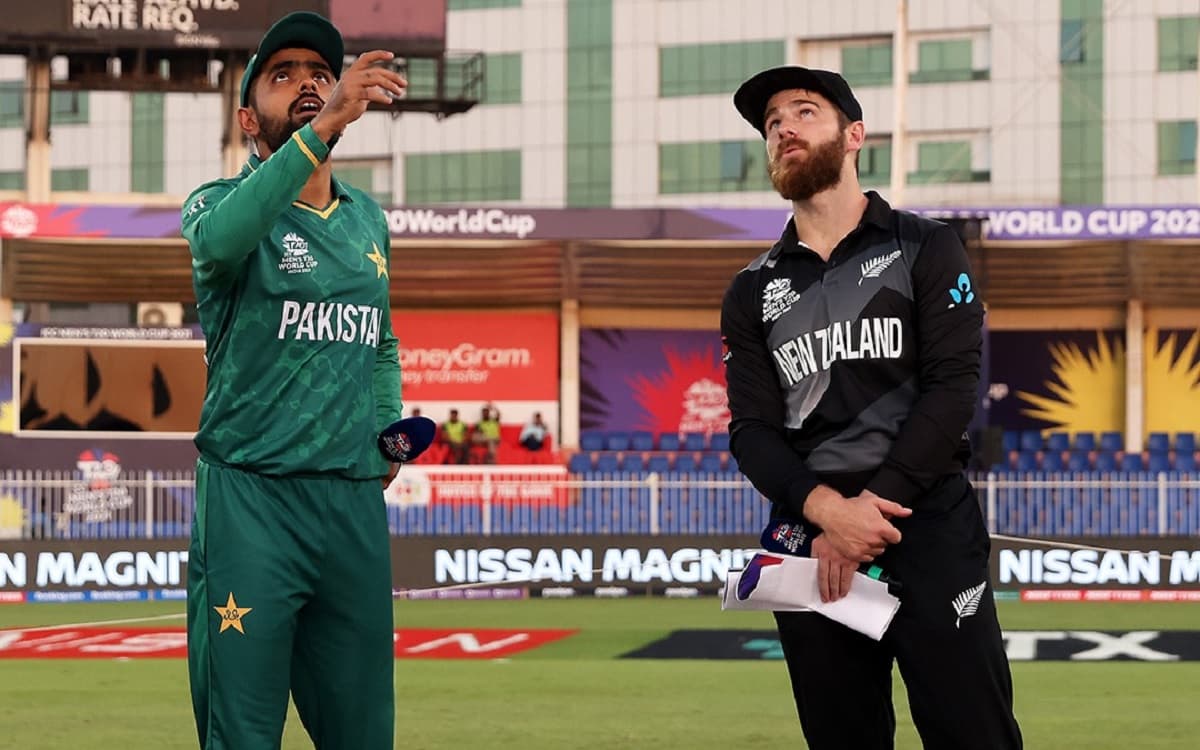 Pakistan captain Babar Azam won the toss & opted to field first against New Zealand in the 19th match of the T20 World Cup 2021. This match is being played at Sharjah Cricket Stadium, Sharjah.

New Zealand lost both of its warm-up matches and would be looking to start their World Cup campaign with a win. Lockie Ferguson has been ruled out of the tournament with a calf tear. Playing XI of both teams are: