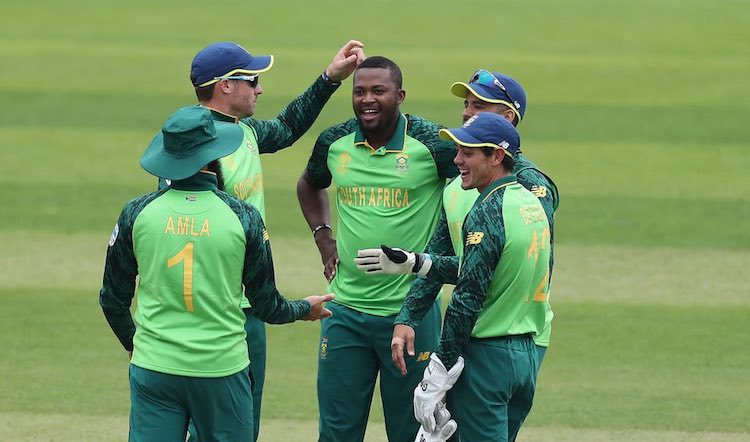 May 25 (CRICKETNMORE) - Sri Lanka suffered an 87-run defeat at the hands of South Africa in their opening warm-up match for the ICC Men’s Cricket World Cup 2019 in Cardiff on Friday, 24 May. SCORECARD

Put into bat first, South Africa post 338/7. Hashim Amla (65) and Faf du Plessis (88) laid South Africa’s foundations. The lower middle-order also contributed with Andile Phehlukwayo (35 off 46), Dwaine Pretorius (25 not out off 23) and Chris Morris (26 not out off 13) cashed in on some loose late bowling.

Sri Lanka were bowled out for 251. The best Sri Lankan batsman was their captain, Dimuth Karunaratne, who made 87 from 92 balls, but with no one able to play shots around him the required rate steadily rose.