SL vs WI: Indies Beat Sri Lanka By 3 Wickets To Seal The Series By 2-1 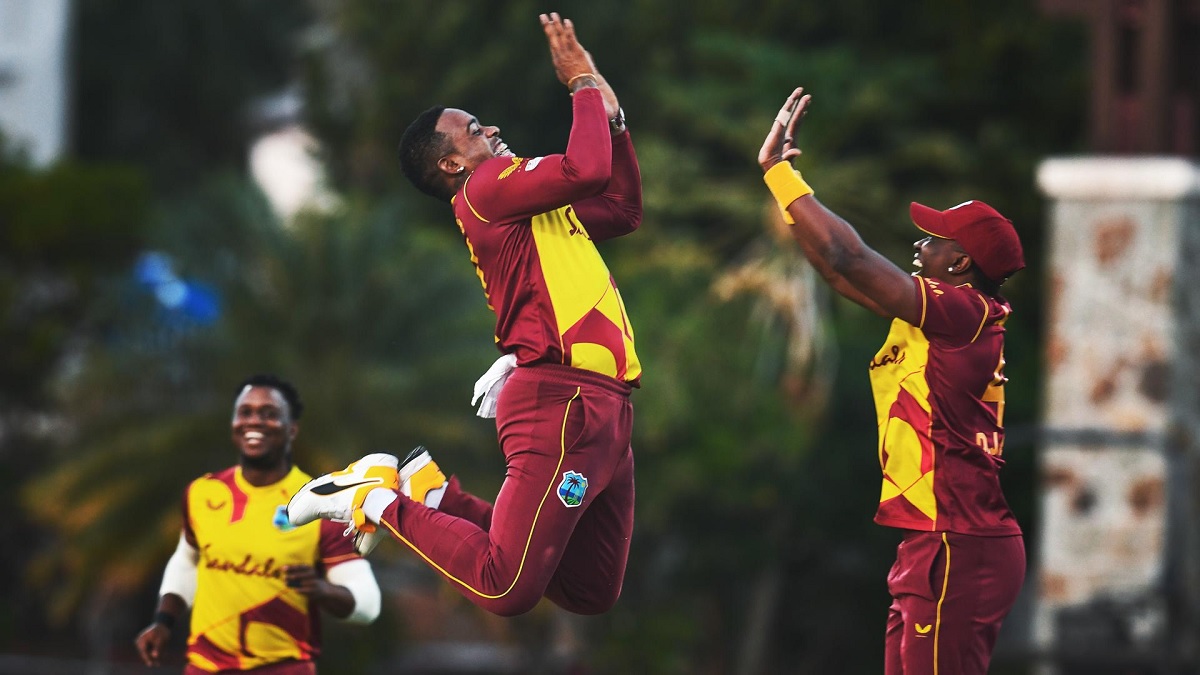 West Indies beat Sri Lanka by three wickets in the third T20I to win the three-match series 2-1 at the Coolidge Cricket Ground. Fabian Allen smashed three sixes in the second last over of the match to help the West Indies chase down Sri Lanka's 131/4 with an over to spare.

Earlier, Dinesh Chandimal scored an unbeaten half century but an 85-run stand between him and Ashen Bandara for the fifth wicket could only get Sri Lanka just past the 130-run-mark. Allen, Kevin Sinclair, Jason Holder and Obed McCoy all took a wicket each.

The West Indies were constrained by Sri Lanka's spinners during the chase. It came down to the hosts being 105/7 in the 18th over, needing 27 to win from 18 balls. While Holder survived the over, Allen then finished it off with his assault in the 19th.