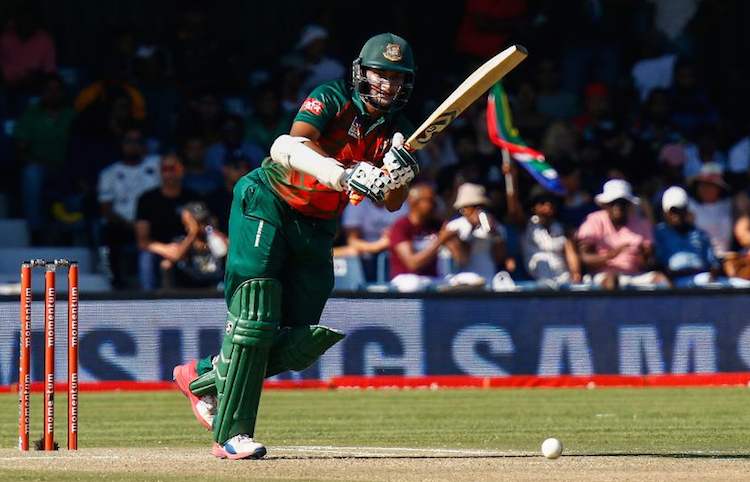 April 25 (CRICKETNMORE) - Bangladesh star cricketer Shakib-Al Hasan took his 300th wickets in T20 cricket when he sent back Rohit Sharma during the game between Sunrisers Hyderabad and Mumbai Indians in the 2018 Indian Premier League on Tuesday 24 April night.

Shakib joins the elite list which comprises of only two players who have achieved the double of 4000 runs and 300 wickets in T20 cricket, Dwayne Bravo having got there well before him.