Shakib Al Hasan goes into World Cup as No.1 all-rounder 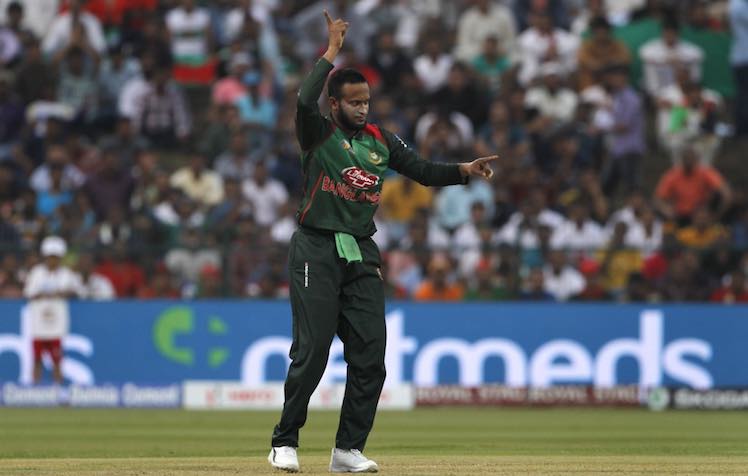 May 23 (CRICKETNMORE) - Senior Bangladesh international Shakib Al Hasan has ascended to the top of the MRF Tyres ICC ODI Rankings for all-rounders, ahead of the ICC Men's Cricket World Cup 2019.

The 32-year-old was in fine form during the tri-nation series in Ireland, which Bangladesh famously won to claim their first title in a multi-nation tournament. In three matches that series, Shakib totalled 140 runs, including two unbeaten half-centuries, to go alongside two wickets.

He now has 359 points, twenty clear of Afghanistan's Rashid Khan, the previous holder of the top ranking, who has now slipped to No.2. Rashid's Afghanistan team-mate Mohammad Nabi rounds out the top three, with 319 points.

Pakistan are the only other team to have two players in the top ten, with Imad Wasim at No.4 and Mohammad Hafeez claiming the seventh spot. They are separated by New Zealand's Mitchell Santner (No.5) and England's Chris Woakes, who is up four places to No.6.

Jason Holder, the West Indies skipper, is their top-ranked all-rounder, at No.8. England's Ben Stokes, who is expected to be their MVP at the World Cup, missed out on the top ten by one spot, finishing eight points behind Sri Lanka's Angelo Mathews.