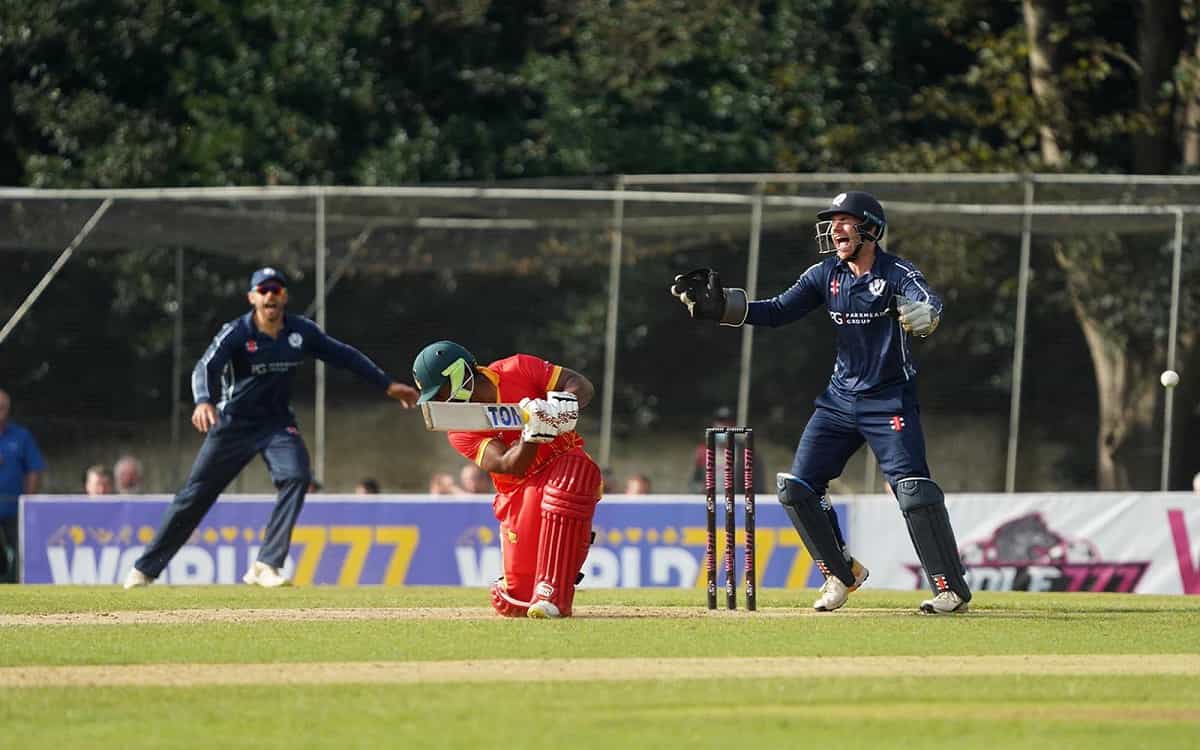 Scotland edged past Zimbabwe by seven runs in the opening encounter of their three-match Twenty20 series in Edinburgh on Wednesday. Richie Berrington anchored Scotland's innings, hitting seven fours and three sixes in his 61-ball 82 as the hosts posted 141 for six after 20 overs.

Zimbabwe -- playing their first match since the retirement of national great Brendan Taylor -- fell just short in their chase despite the efforts of Milton Shumba, who scored an unbeaten 45 off 30 deliveries.

Paceman Safyaan Sharif defended 14 runs in the game's final over by bowling Wellington Masakadza and running out Tendai Chatara as the visitors finished on 134 for nine. Scotland play two more Twenty20 fixtures before their T20 World Cup group-stage opener against Bangladesh in Oman on October 17.

The Scots will also face Oman and Papua New Guinea in Group B of the tournament. Scotland and Zimbabwe resume their three-match series in Edinburgh on Friday.