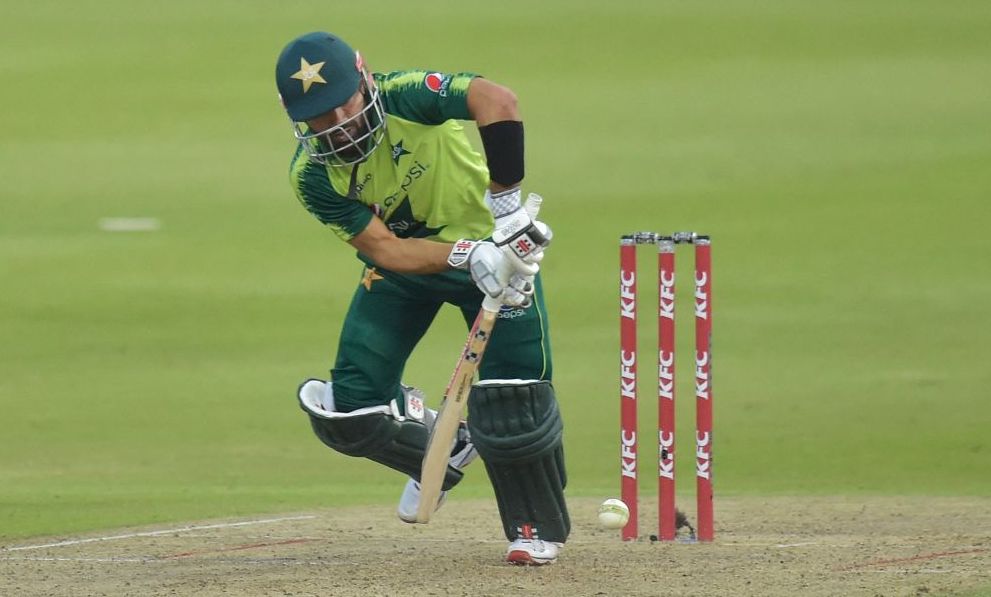 An unbeaten 74 from 'Man of the Match' Mohammad Rizwan helped Pakistan score a thrilling four-wicket victory over South Africa with just one ball to spare in the opening tie of the four-match T20I series, here on Saturday.

Rizwan stood rock-solid as wickets kept falling at the other end as the visitors chased down South Africa's 188 for 6 to continue their winning momentum following their 2-1 win in the three-match One-day International series.

Half centuries from Aiden Markram (51) and skipper Heinrich Klassen (50) set the foundation for South Africa's competitive total after they won the toss and elected to bat. Klassen was the more aggressive of the two, completing his half-century off 28 balls before he was caught by Fakhar Zaman off Hasan Ali.

Pite van Biljon, playing in only his seventh T20 International, made a quick 34 to guide the hosts to a respectable total after Pakistan bowlers looked set to restrict South Africa to within 160 runs at one point.

In reply, Rizwan played a responsible innings, smashing nine boundaries and two sixes and scoring his 74 at a strike rate of close to 150. But with left-arm pacer Beuran Hendricks accounting for skipper Babar Azam (14), Haider Ali (14) and Mohammad Nawaz (0), it was left to Faheem Ashraf to accelerate the scoring with a 14-ball 30. By the time he was dismissed off the second ball of the final over, Pakistan were 180/6.

Hasan Ali scored the winning runs when he managed to squeeze a Lizaad Williams delivery to deep midwicket for two but an overthrow resulted in the batsmen taking a third run to seal the win.