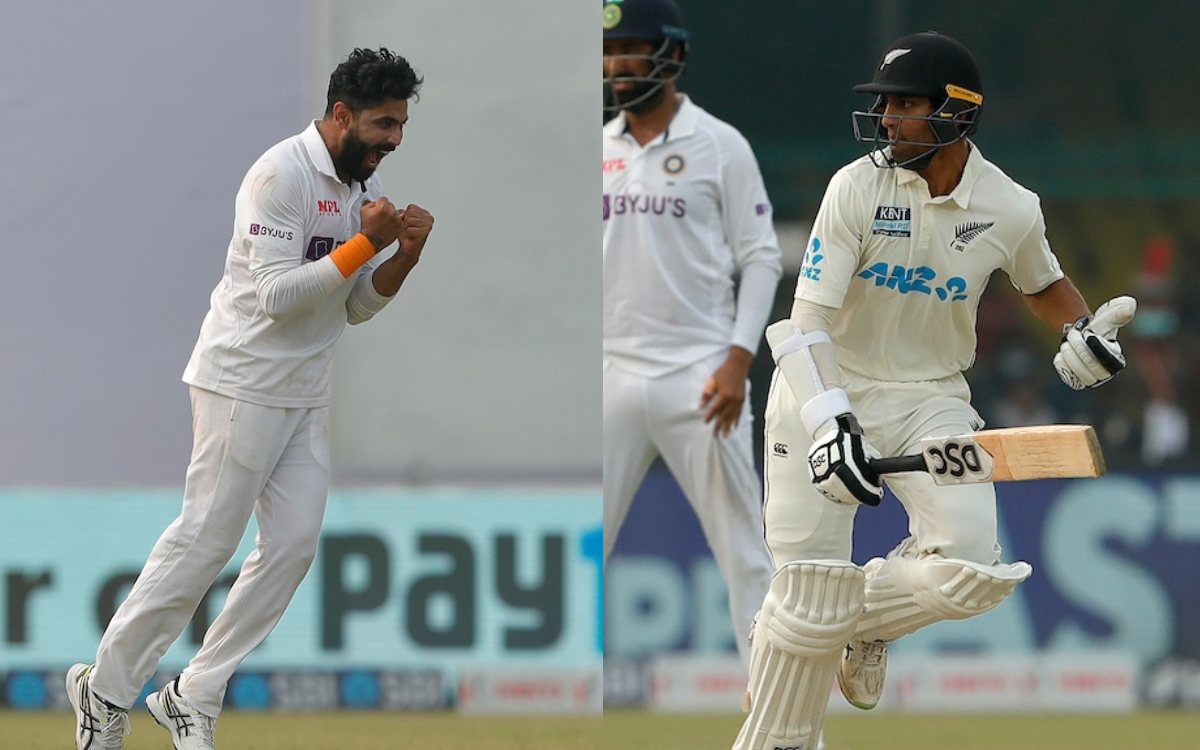 In the engrossing display of test cricket on the final day of the first test match between India & New Zealand, the Kiwis were able to draw the match at last courtesy of gritty & resilient knocks by opener Tom Latham (52(146)), nightwatchman William Somerville (36(110)), captain Kane Williamson (24(112)) & Rachin Ravindra (18*(91)).

For India, Ravindra Jadeja was the pick of the bowlers for India in the second innings, picking up 4 wickets. Ravi Ashwin also picked up 3 wickets, while Axar & Umesh picked up 1 each.